Probably not grain storage...or a Stargate 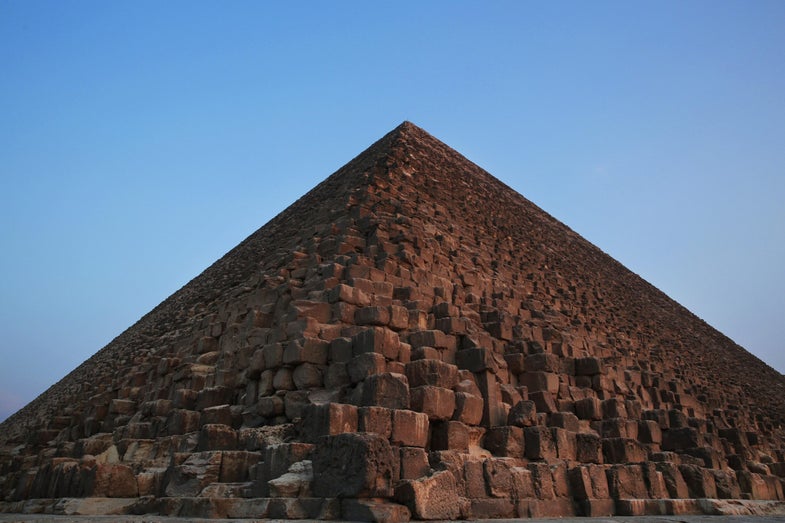 The Pyramid of Khufu (aka Cheops) is the largest pyramid at Giza. AP Photo/Nariman El-Mofty
SHARE

There’s a lot we know about the iconic Pyramids at Giza. We know they were built thousands of years ago to hold royal mummies and grave goods (not grain). The pyramids were likewise not the home/landing site/temples of aliens dead set on taking over humanity.

That’s what we know. But despite the fact that humans have been studying the pyramids for centuries, these giant structures still have some secrets that we haven’t uncovered yet. Earlier this week, Egypt’s antiquities ministry announced that researchers have noticed strange thermal readings during scans of the largest of the Giza pyramids.

After scanning the pyramids with instruments designed to take the temperature of the structures’ stones, researchers noticed three stones near the base of the pyramid that were slightly warmer than the surrounding facade. The scientists aren’t sure why the stones are warmer, but they speculate that it could be because of different materials or space within the structure, potentially indicating a hidden room.

The finding is an exciting start to a research project that also hopes to image the pyramid with subatomic particles. The first phase ended last Sunday, but research will continue into 2016. Future phases, including drone-mounted lasers and muon scans (which work kind of like an x-ray) could give the international team a better idea of whether or not a secret tomb is present.

The pyramid of Khufu is considered to be the largest ever built. Constructed of over 2 million stones, the pyramid stands 481 feet high, and was built over 4,500 years ago as the burial chamber of the pharaoh Khufu (sometimes known as Cheops). 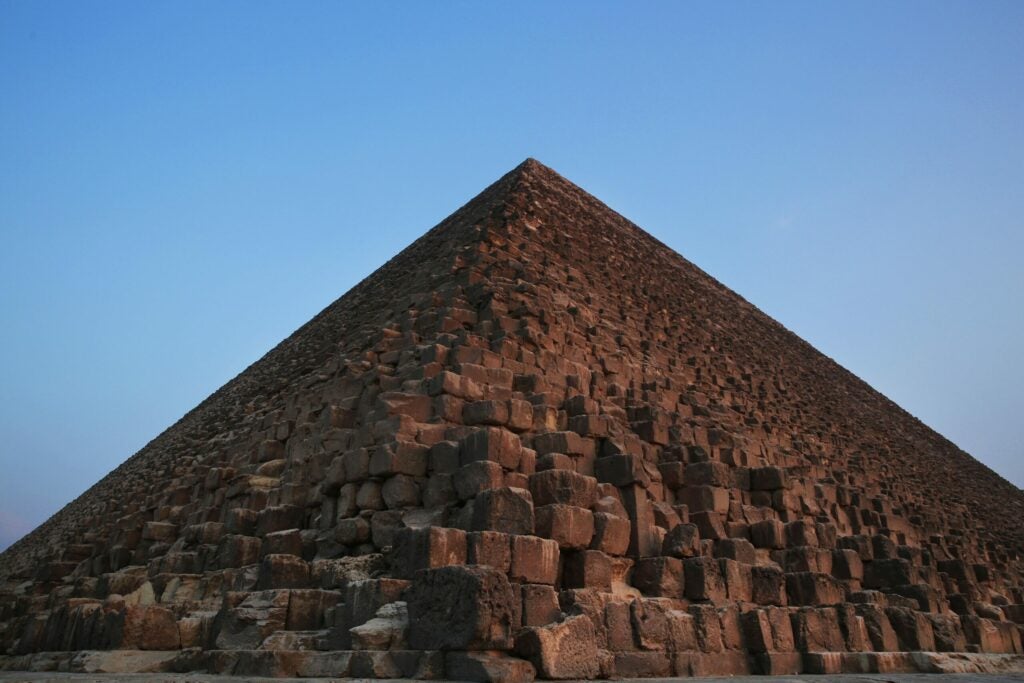 The Pyramid of Khufu (aka Cheops) is the largest pyramid at Giza. 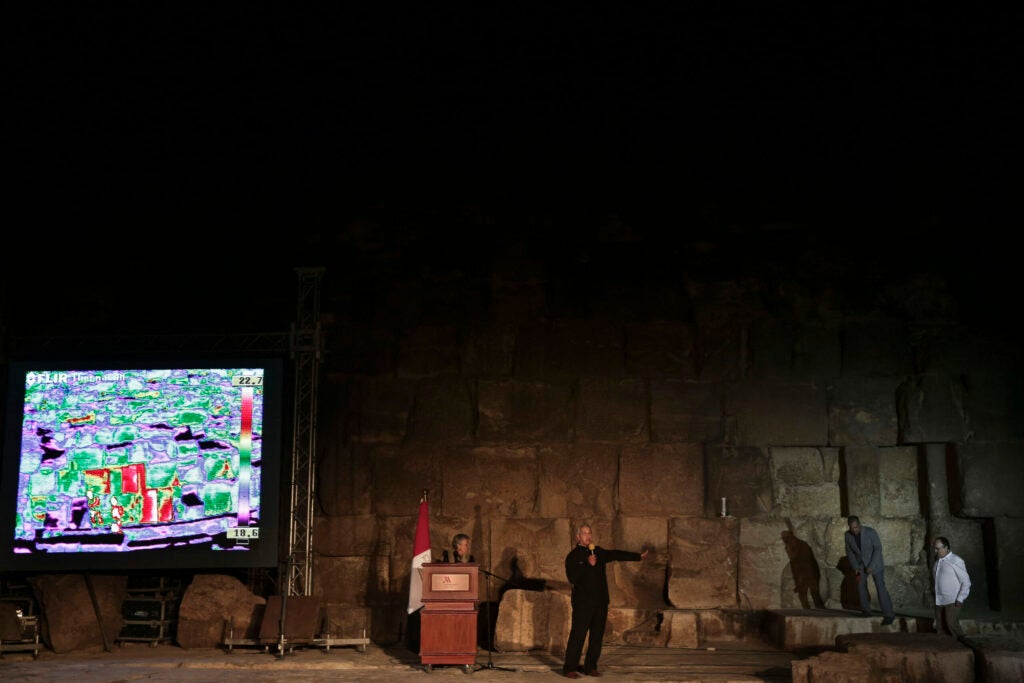 On Monday, researchers held a press conference where they showed journalists the strange thermal scans. 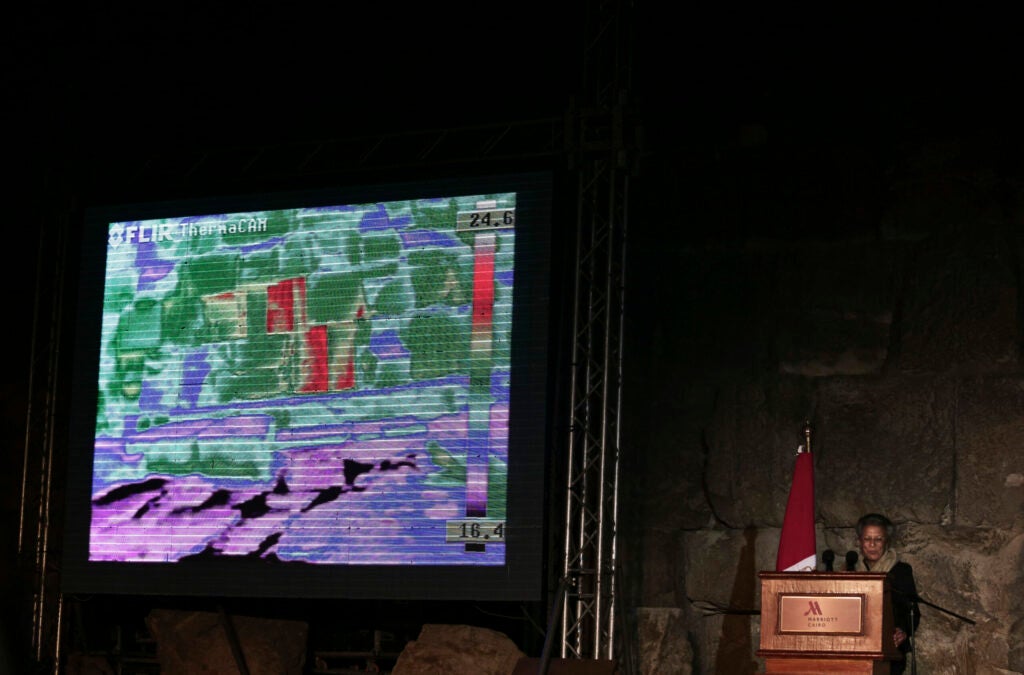 The display shows the thermal anomalies as they were seen that night. The red color of the three stones indicates a higher temperature reading. 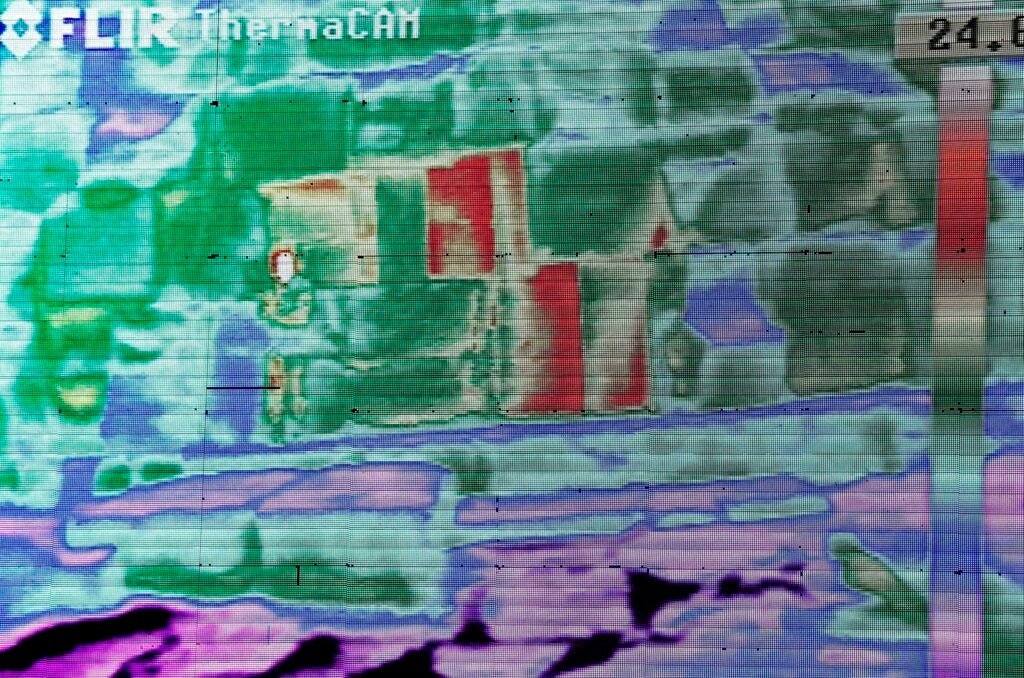 The project will continue to explore the origins of the strange readings with other high-tech scientific instruments.
Archaeology
archeology
egypt
pyramids