Among those of us who grew up with the Internet, some have found unexpected, outsize benefits. 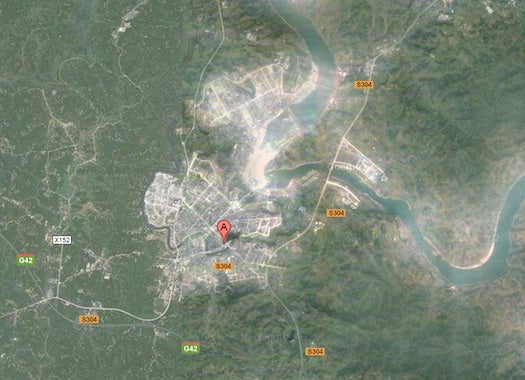 If you moved away from a place soon after starting kindergarten and never went back—how much would you remember about the town? Just a corner of a distinctive building, perhaps, or a stand of trees under which you liked to play.

Luo Gang, who grew up in the Fujian Province in China, remembered only that his hometown had two bridges. He was abducted one day on his way to kindergarten and taken to a family nearly 1,000 miles away. His new family treated him as their own, but he still reviewed his old memories every night before going to bed, he told the South China Morning Post.

When he became an adult, he joined a Chinese website dedicated to locating missing children and submitted a rough sketch of what he remembered about home. Information from the volunteers, plus satellite images from Google Maps, helped him find his actual hometown, Guangan in the Sichuan Province, the South China Morning Post reported from Nhaidu, a Fujian news website.

The Internet is now awash in warm fuzzies from his story. Luo eventually reunited with his biological parents, who had worried about terrible things like whether he was well clothed and fed.

Luo’s story echoes that of Saroo Munshi Khan, who fell asleep on a train when he was five and was borne away from his hometown, whose name he didn’t know. A nonprofit group eventually found him and put up a notice for him as a missing child. When no one responded, the group, the Indian Society for Sponsorship and Adoption, adopted him to an Australian couple.

Khan grew up in Australia. But after college, he began looking for his hometown on Google Maps, searching for landmarks a five-year-old kid would know. Like Luo, he eventually found and met his birth family.