We’ve been impressed in the past by aerogel, a lattice-like solid that’s almost entirely made of air but can support... 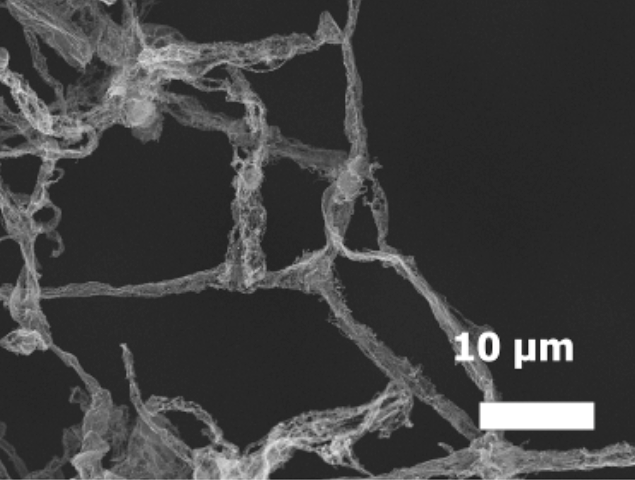 We’ve been impressed in the past by aerogel, a lattice-like solid that’s almost entirely made of air but can support weight and also has tremendous insulating properties. Then last year an ultralight metal caught our eye, weighing in at 99.99 percent air, which leaves 0.01 percent solid.

Now we are excited to meet aerographite, a sponge grown of carbon nanotubes that’s the least dense solid ever: a cubic centimeter of it weighs just two ten-thousandths of a gram.

The substance can also be compressed, sponge-style, by a factor of 30, and it springs right back without losing integrity. It’s electrically conductive, which means it may be used in new batteries and supercapacitors; it’s also highly resistant to chemical attack, hydrophobic, a terrific insulator, opaque to X-rays — great stuff.

Here’s a video of two black morsels of aerographite dancing in static electricity.