Blueseed, the Floating City for Startups, Has More Than a Hundred Firms Ready to Ship Out

When startup Blueseed floated the idea to create a seaborne startup community in international waters off the coast of northern... 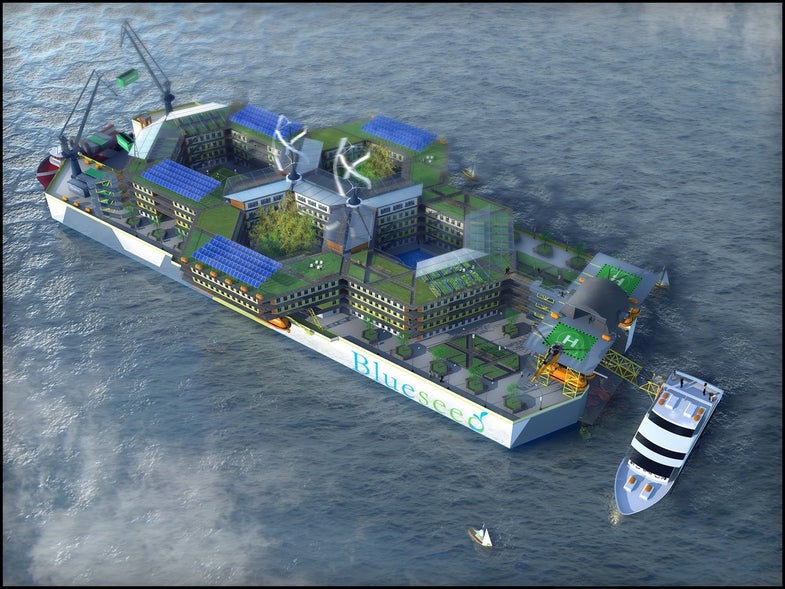 When startup Blueseed floated the idea to create a seaborne startup community in international waters off the coast of northern California, we were intrigued. We weren’t the only ones. A new report released by the company says it has 133 tech startups on board to move their operations offshore when the ship launches next year.

The idea here is to create a startup-only environment in international waters–a place that requires no visa to visit or work–that will draw the best technology minds and ideas from around the world. Daily ferries will move people between Blueseed’s floating base and venture-capital-rich Silicon Valley, just a dozen miles away. That means Blueseed could accept daily commuters, but that startups are also able to permanently set up shop in the floating city, housing employees there as well.

The startup-centric culture seems to be a big draw, and upstart technology ventures are lining up to shell out the roughly $1,600 per month it costs for a single occupancy living space (this includes workspace as well). More well-endowed residents can get a top-tier single occupancy cabin for twice that. Blueseed’s floating startup city is slated for launch by third quarter of 2013.