Edison-Era Inventions Emerge From the Vaults of General Electric

A 100-year-old electric car charger, the earliest fuel cells, and much more 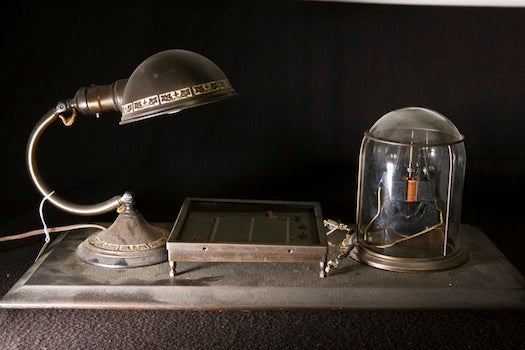 One of GE's earliest photovoltaic (or solar) cells, this is a slightly smaller demo version of the "Sun Motor" unveiled at the 1939 World's Fair. You can read more about the Sun Motor--and see it ostentatiously demoed by GE publicist and "amateur magician" William Gluesing--over here. GE
SHARE

General Electric has pretty much had its hand in every major technological advance in the 130 years since its founding (in part by Thomas Edison!). The company recently started a Tumblr of some of its most striking innovations, filtered through Instagram, a photo sharing service that crops and alters photos to look all fuzzy and vintagey, something like a Polaroid or Instamatic. But this equipment looks at least as amazing without any photo filters, so we asked GE to send us the unaltered photos of these pulse-detonation activators and electrochemical fuel cells and all the other cool stuff they’ve been posting.

See them all in our gallery.

GE tells me that the motivation for the Tumblr was simple: “We like Instagram, we like Tumblr, and we like to geek out on cool tech. It’s our tech, but at times it even feels a little sci-fi–there’s always been an art to science that people continue to enjoy.” GE called on photographer Hans Gissinger to shoot items from GE’s archives as well as more modern projects being worked on right now. Most of these items are stored in GE’s Global Research Center in Niskayuna, New York, near Schenectady, though they plan to head to other manufacturing plants across the country to capture the goodies stored elsewhere.

Here’s the Instagrammed version of the photo we included at the top of this post: 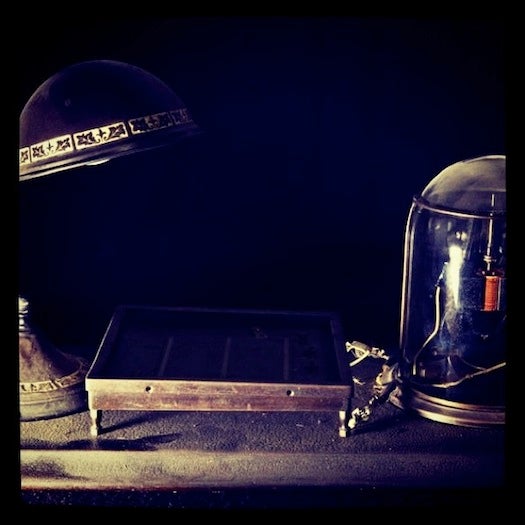 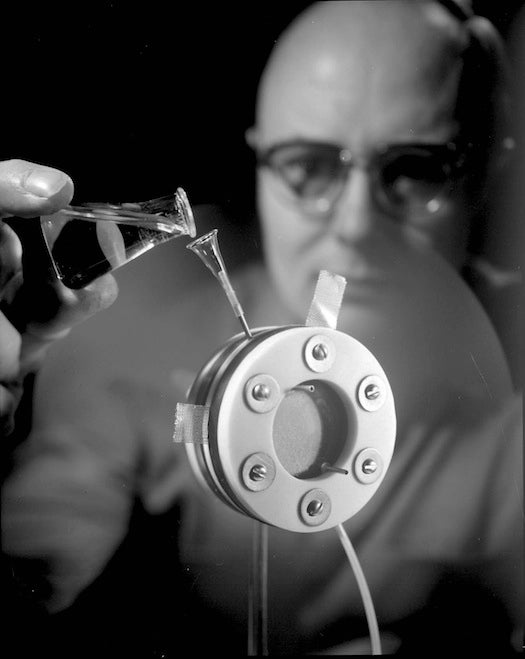 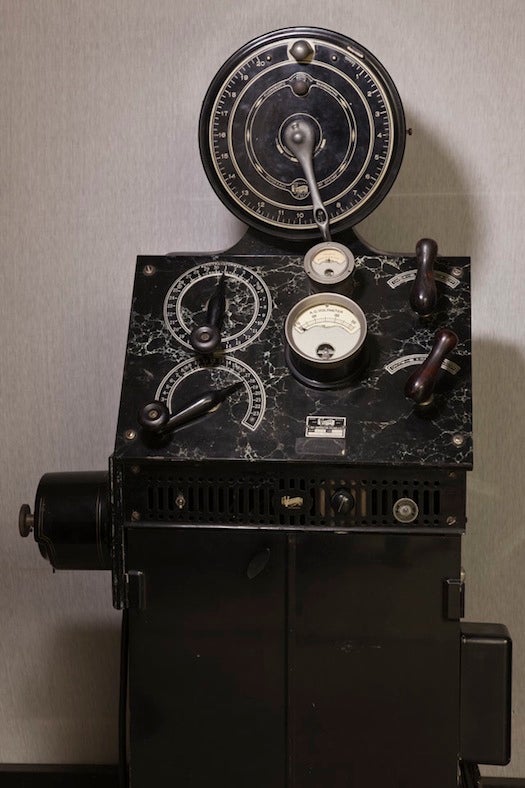 This x-ray control panel was built in 1921 by Victor, which was eventually acquired by GE and later became GE Medical Systems.

One of GE’s earliest photovoltaic (or solar) cells, this is a slightly smaller demo version of the “Sun Motor” unveiled at the 1939 World’s Fair. You can read more about the Sun Motor–and see it ostentatiously demoed by GE publicist and “amateur magician” William Gluesing–over here. 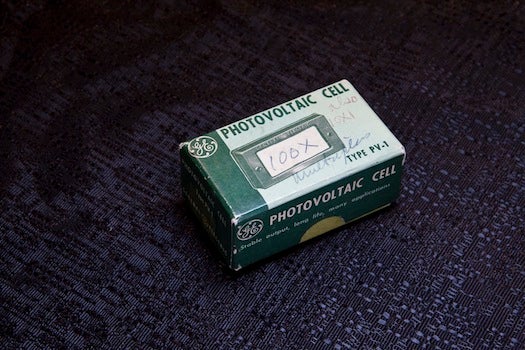 Photovoltaic cells like this one were marketed to the public, starting sometime in the 1950s. 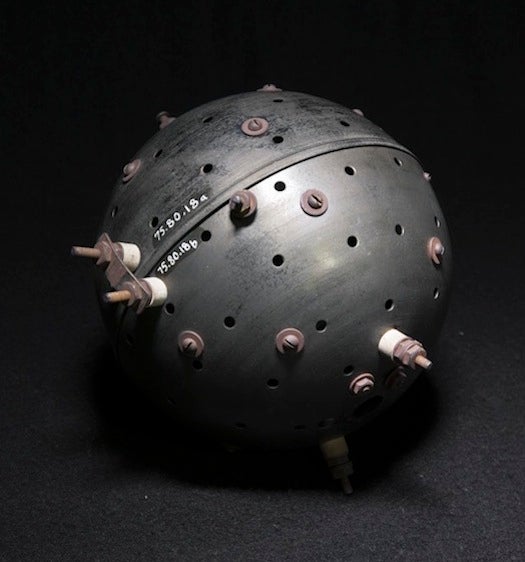 This selenium purifier (which may or may not have doubled as a medieval weapon) was used in concert with photovoltaic cells. Selenium was used as a precursor to silicon in early electronics, including photocopiers, light meters, and solar cells like those in the last two slides. 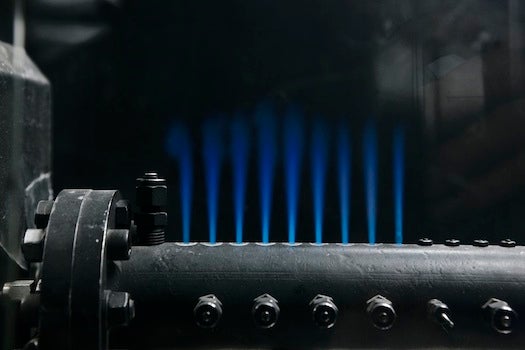 Found in GE’s Energy and Propulsion Lab, this pulse-detonation actuator shoots off high-pressure, pulsating supersonic jets, used to control airflow during high-speed travel. These guys are responsible for the relatively smooth ride you enjoy on airplanes, and are actually an example of one of GE’s current projects, rather than a relic from the past. If you think you’re up to the challenge of wading through some near-incomprehensible mechanics-speak, you can read more about these actuators here. 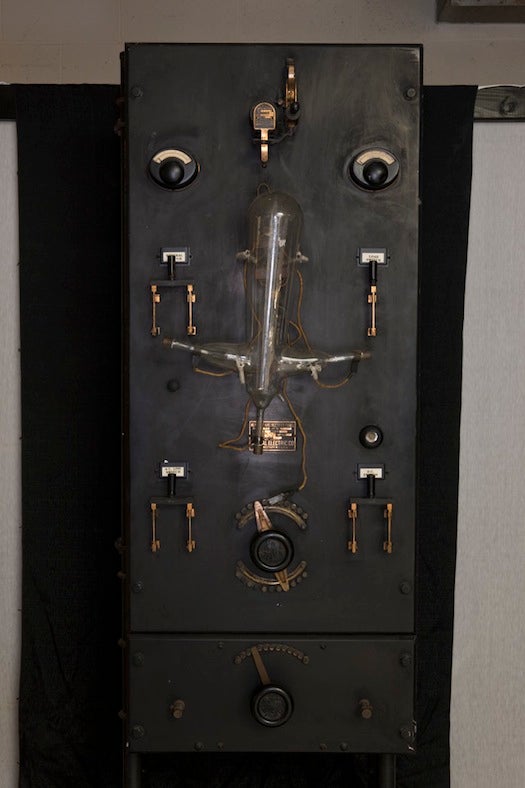 Electric vehicles may be nascent tech, but they aren’t exactly new. This EV charger, dating back to the turn of the century, was used in both homes and parking garages–back when EVs outsold gasoline cars. 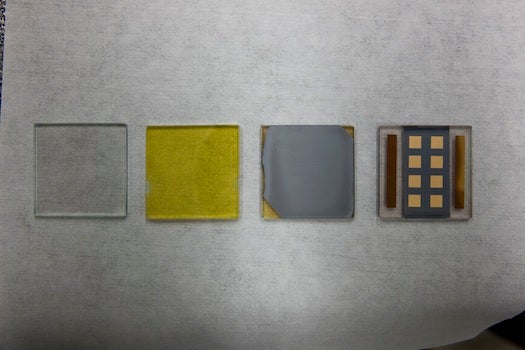 This shot shows the layers of a thin film solar cell. Starting with the plain glass on the left, they add cadmium sulphide (yellow) and then cadmium telluride (black) before arriving at the final product on the right. 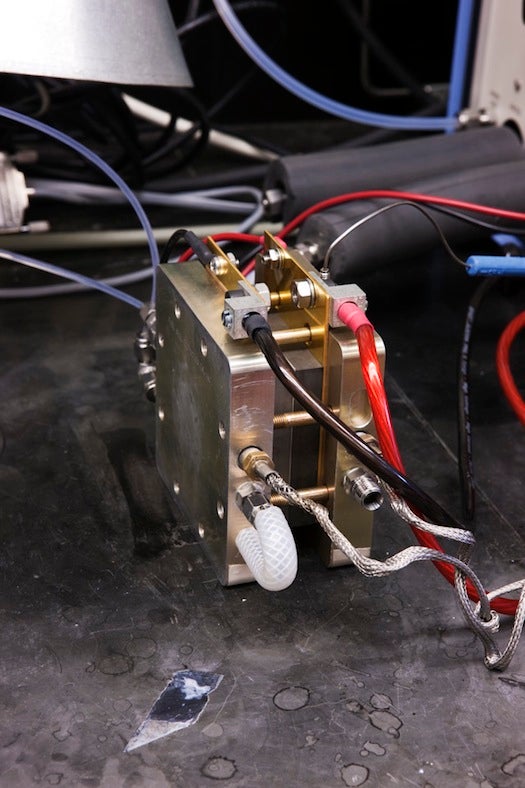