Disney researchers apparently don’t feel that your video games are realistic enough. Engineers at the company’s Pittsburgh research facility have... 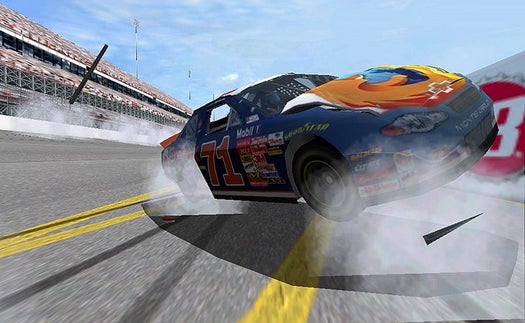 Disney researchers apparently don’t feel that your video games are realistic enough. Engineers at the company’s Pittsburgh research facility have devised something they call “Tactile Brush” that creates the sensory illusion of objects moving against a person’s skin, mimicking everything from crawling insects to the forces exerted by a car taking a hard corner. And soon enough, it could be integrated into everything from gaming systems to movie theater seats.

Tactile Brush works via a series of vibrating coils embedded in the back of a chair. These coils create illusions based on a variety of sensory phenomena that have been somewhat understood for decades but never really implemented into entertainment devices.

In one illusion known as apparent tactile motion, if two vibrating objects are placed near each other on the skin in quick succession, the skin often experiences the sensation of a single vibration moving between the two points. A similar illusion called phantom tactile sensation makes the body experience a pair of fixed vibrations placed apart from each other on the skin as a single vibration in between the two points.

And so on. Software that understands how this sensory trickery works can create a variety of sensations on command. Using a chair embedded with 12 vibrating coils in the back, the Disney researchers have created a system that can create a range of realistic effects. So if a person is playing a car racing game, for instance, the chair can gives the impression of gravitational forces pushing on the person in the chair when he or she makes a hard turn. Similarly, the chair can simulate things like rain running down the subject’s back, or someone touching the person from behind.

That could go a long way toward augmenting video games, horror flicks, and other experiences where a little tactile sensation would go a long way. The researchers hope to integrate it into 3-D theatrical film experiences to help theaters compete with the home entertainment experience and make moviegoing a more well-rounded sensory experience.