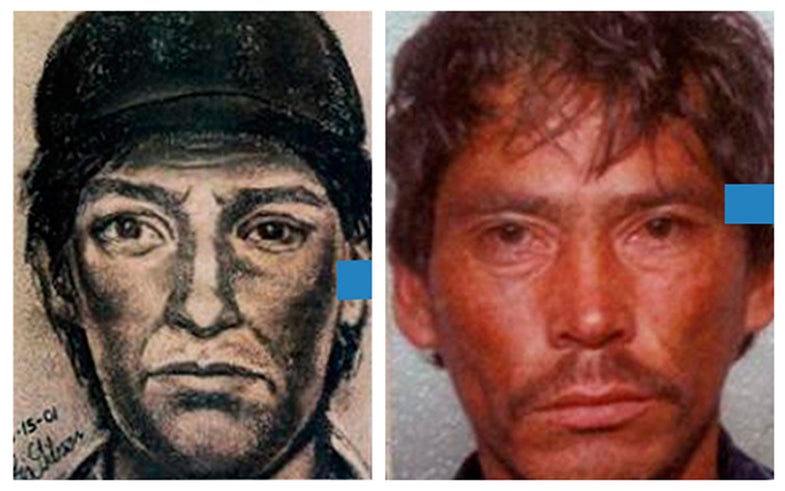 A new set of algorithms could make it easier to hunt down criminal suspects by matching police sketches to a database of mug shots.

When police are trying to find a suspect in a serious crime, a police sketch artist may be called in to interview witnesses and come up with a rough sketch of the person’s features. Witnesses are asked about a suite of features, like crooked mouth, pointy nose and so on. But in some cases, beyond classifiers like age and race, it can be hard to come up with an accurate depiction. There are a few software programs that generate a composite image, but they can be less accurate than a trained forensic artist, according to Michigan State University.

Enter the algorithm, which combines artist sketches with crime databases and sniffs out suspects based on their features. It works by identifying structural similarities between the sketch and a photo, like the shape of the eyes, nose and chin, according to Anil Jain, director of the Pattern Recognition and Image Processing lab at the MSU engineering department.

The researchers tested it using a database of 10,000 mug shot photos and some sketches provided by the Michigan State Police, and it performed better than a commercial face-recognition system, MSU said. It got the right person 45 percent of the time. That’s not exactly perfect, but it’s not bad, either, considering some people might not be in a mug shot database at all.

Witnesses’ memories can be unreliable, especially in the violent situations that would normally warrant a police sketch. But combining a police sketch with real mug shots could speed up the process of finding suspects and arresting the right person.

All the sketches were from real crimes where the suspect was later identified, so the team could check the computer’s results.

The researchers plan to field test it with real suspects next year, MSU says.