This translucent tree of a building seems like something that might grace the cover of an old Popular Science as... 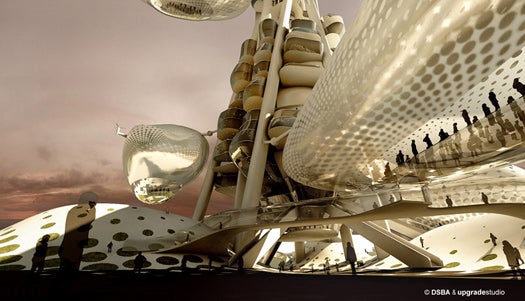 This translucent tree of a building seems like something that might grace the cover of an old Popular Science as a concept for the very distant future. In fact, construction is set to begin in 2012. The design was selected out of 237 entries in the contest to design the Taiwan Tower, which, at 984 feet, will be the tallest structure in Taichung, Taiwan’s third-largest city.

Its pod-like leaves are mobile observation decks that glide up and down the trunk of the tower. The tree theme stems from the fact that Taiwan is shaped like a leaf, according to Romanian architect Stefan Dorin. He says the observation pods were also influenced by “sci-fi computer gaming culture,” and are made of lightweight materials “borrowed from the spacecraft industry.” 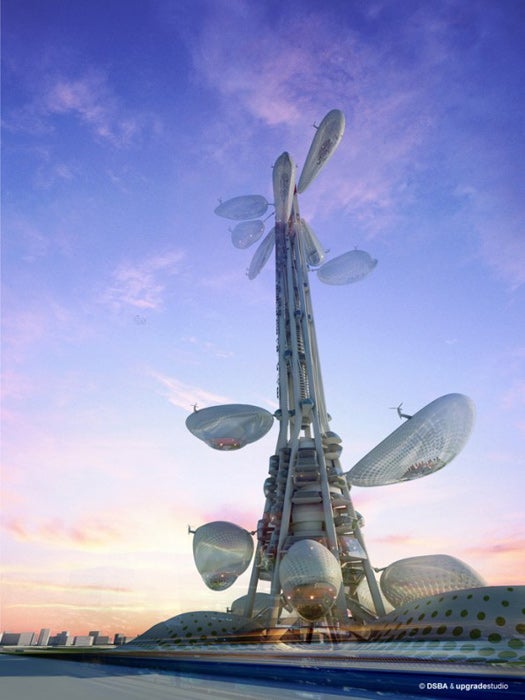 Dorin, of DSBA, in collaboration with upgrade.studio, received four million Taiwan dollars (approximately $130,000) in addition to the right to design the new landmark, financed by the Taichung government.

Not unlike a tree, the Taiwan Tower was designed to be eco-friendly. It has a small footprint at land-level, collects rainwater and purifies it for use as well as generating power from turbines and photovoltaic panels. It also uses a chimney-like system for natural ventilation, and has a geothermal power station in the basement for heating.

Upon completion, the tower will be the focal point for the Taichung Gateway Park, an area being developed after the relocation of the former Taichung Airport.