Researchers at the University of Tokyo are using frog eggs to enhance what might seem like an unlikely element of... 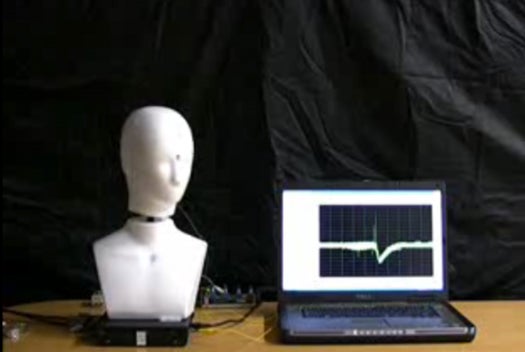 Researchers at the University of Tokyo are using frog eggs to enhance what might seem like an unlikely element of robotics: olfactory sensing. By injecting the eggs with the DNA from various insects known for expressing keen senses of smell, the team was able to create a robotic nose that can detect molecules at levels as low as a few parts per billion.

Eggs from the African Clawed Frog have been used in research before to express olfactory receptors, but they had not been integrated into an electronic sniffing system like this. By injecting the eggs with DNA from fruit flies, silk moths, and diamond back moths, the bioengineers were able to coax the immature eggs into producing the olfactory sensors of those insects, which are known for their ability to detect specific gases and pheromones.

The eggs were then fitted between two electrodes, creating a sensor system that measured the current generated when certain molecules came in contact with the detector. Using a robotic mannequin that shakes its head to indicate a positive, the researchers demonstrated the sensors ability to detect moth pheromones with a high-degree of accuracy as well as to differentiate between very similar molecules.

By contrast, the usual quartz rod sensors that vibrate when certain molecules come in contact with them are known for giving false positives and for being unable to differentiate between molecules of similar weight. Such a high-sensitivity detector could find uses in a range of technologies, from bomb-detectors to biomarker sensors.