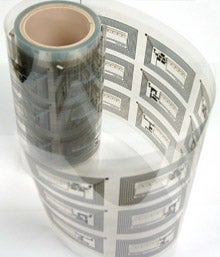 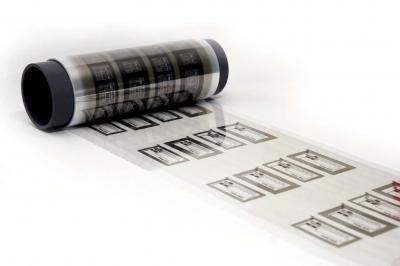 Here’s hoping to printable tags at a penny a pop

Bar codes in the supermarket might face extinction sooner rather than later, if radio-frequency identification (RFID) tags can cost just a penny apiece, rather than the dime or more they currently run. Now South Korean researchers say they have the technology to print RFID circuits on plastic film, courtesy of nanotube-containing inks, Technology Review reports.

A version of the RFID tags slated to hit the market later this year would be the first product to use printed transistors based on carbon nanotubes. Printing means the application of different layers of antenna coils, nanotube inks, and capacitors and diodes.

These processes churn out tags for just three cents per piece, but the group ultimately hopes to pass the one-cent milestone by figuring out how to lay down all the nanotube ink layers in one go during the roll-to-roll printing. Many RFID tags today cost anywhere from 7 cents to 15 cents, if not more. 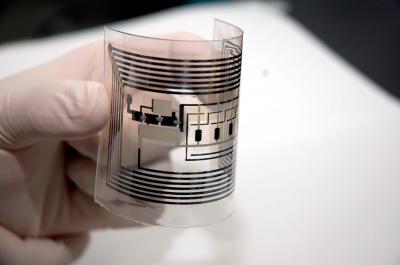 But some hurdles remain before you’ll see these newer tags at checkout lines. The current prototypes are three times the size of a typical barcode, and can only store one bit of information — just enough to either give a yes or no response to an RFID reader. Such tags also only work with readers up to 10 centimeters away, because of their weak power signals.

That should change with the 64-bit tag set to come out next year, and then ultimately a 96-bit tag, a real barcode-killer.

Even the pricier RFID tags today have already found use in EZPass highway tolls and as anti-counterfeiting devices.