Networked Sensors Track Firefighters to Get Them Out Alive 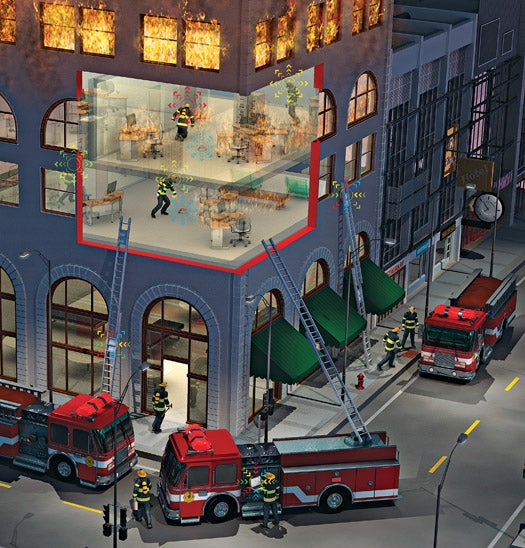 This month, James Duckworth and David Cyganski, engineering professors at Worcester Polytechnic Institute, will fill a building with expensive sensors—10 years’ worth of R&D—and set the whole place on fire. If their system works in the 1,100ºF inferno produced inside the Massachusetts Firefighting Academy’s burn building, the tech could give a fire chief everything he needs to make sure his crew returns safe and sound every time.

Ironically, the very gear that allows a modern firefighter to run into a burning building also puts his life at risk. Fire-retardant jackets deflect flames so well that firefighters can stay in a burning building until just before flashover, the moment when the room reaches 1,100°F and all the combustible gases in the air—and pretty much everything else—ignite. “Years ago, before we got hoods, we’d burn our ears and necks, and that would tell us ‘That’s too frickin’ hot, let’s get out,’ ” says Gerard Dio, chief of the Worcester, Massachusetts, fire department, which is helping test the system. Now, firemen feel the intense heat only when it’s seconds from flashover.

The new system involves portable sensors that register room temperature. With further testing, it could warn firefighters of flashover a minute before it occurs—enough time to dash out. It also tracks firefighters’ whereabouts in the blaze. Sensors attached to their harnesses and face masks beam their locations and vital signs (heart attacks account for half of all firefighter deaths) to a commander’s laptop outside.

The researchers hope to have the system in the field by 2013. “Considering that they’re risking their lives, it’s pathetic that firefighters are using what’s essentially 19th-century technology,” Duckworth says. “This will bring them up to date.” It certainly hits home for Dio. During a 1999 five-alarm warehouse fire, two of his men got lost in the smoke, and four others rushed in to rescue them. All six died. “I know we did the best job we could at the time,” Dio says, “but this system could have saved all of their lives.” 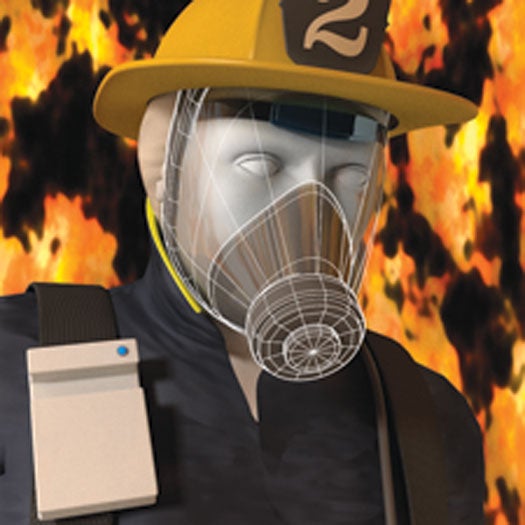 The commander uses his laptop to activate radio receivers on the trucks’ ladders, location beacons strapped to firemen’s uniforms, and sensors in their face masks that measure pulse, blood-oxygen levels and breathing rates. 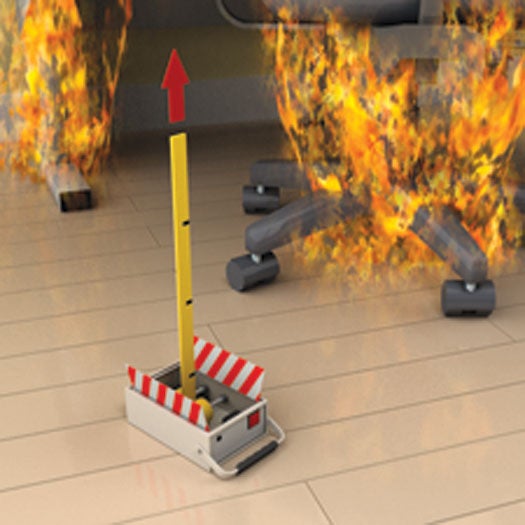 Firefighters enter the building, identify the source of the blaze, and deploy an environment-sensor box that extends a mast to measure floor-to-ceiling heat differences. 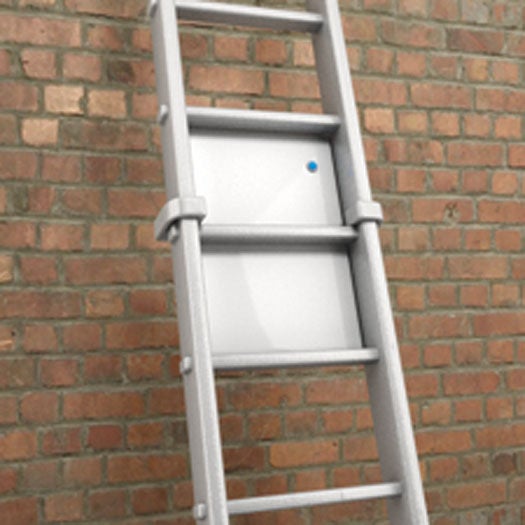 The environment sensor beams temperatures to ladder-mounted receivers that relay info to the commander outside. Health sensors indicate everyone’s vital signs, and location sensors use radar and radio to pinpoint firefighters’ whereabouts to within three feet. 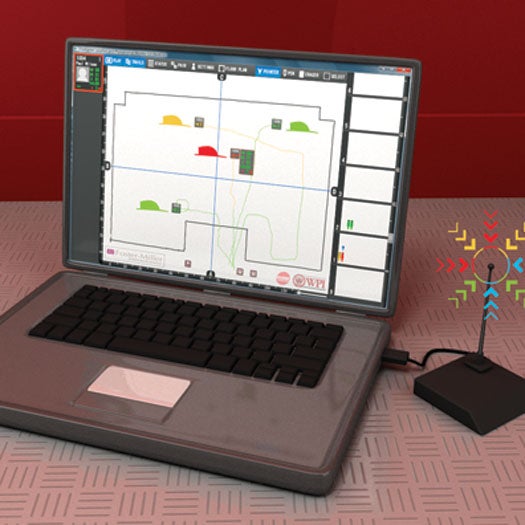 The commander’s laptop shows where firefighters are, and their icons transition from green to red if their health is failing. If sensors report that a room will soon reach the 1,100°F flashover point, the commander issues a “clear out” command over a radio.