U.S. Marines could deploy the non-lethal weapon if it proves viable 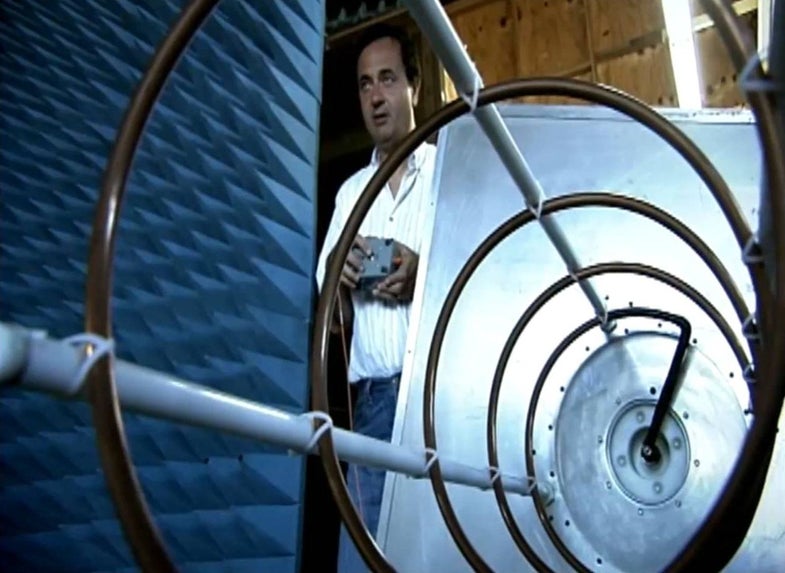 Stopping a speeding car without killing its driver and passengers with traditional means–bullets–can prove tricky, even if skilled snipers can put a disabling shot in a car’s engine block. But a Canadian company could soon demo an electromagnetic pulse (EMP) cannon capable of effectively scrambling a car’s chips and other electronics, according to Flight International. The U.S. Marines have lined up as possible, if skeptical, customers.

Eureka Aerospace’s system consists of a suitcase-sized antenna that weighs roughly 50-55lbs, and can supposedly stop cars in their tracks up to 656 feet (200 m) away. That disabling power only works for more modern cars that rely upon microprocessors and various electronics for their engine, as opposed to pre-1970s cars.

Still, Flight International found a Jan. 15 request by the U.S. Air Force for an “air-delivered capability to disable moving ground vehicles while minimizing harm to occupants.” Presumably the Air Force wants to look beyond helicopter-mounted snipers, and so Eureka Aerospace’s device could potentially fit the bill.

We previously examined more unusual EMP applications include cutting steel in 200 milliseconds. The potentially tank-crushing power has so far only found usage in manufacturing, given the bulkiness of that particular EMP device. And we were talking about non-lethal uses, right?

Regardless of which way the military leans on the EMP cannon, our own Future Of on the Science Channel got a personal demo with the EMP cannon earlier. Take a look here: