Cheaper, Smaller Network of Spy Satellites Gives Troops on the Ground Their Own Eye in the Sky

Imagine your unit is working through a valley in Eastern Afghanistan trying to root out an insurgent group that’s been... 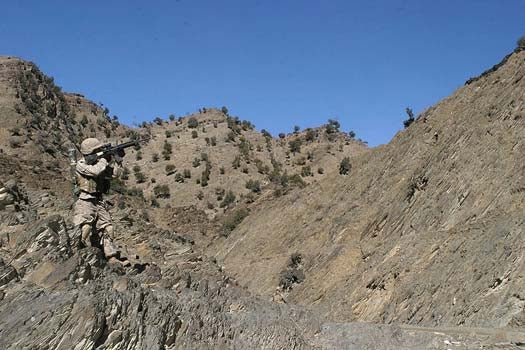 Imagine your unit is working through a valley in Eastern Afghanistan trying to root out an insurgent group that’s been operating from the mountains above. It would be strategically advantageous to know exactly who and what awaits you on the other side of each ridge, but the nearest Predator drone is busy monitoring a key mountain pass miles away. What would really be nice is a satellite – your own little eye in the sky – to beam down some real time images of the surrounding landscape. Kestrel Eye, a system of multiple lightweight, low-cost imaging satellites that can be repositioned from the field, aims to do just that.

Kestrel Eye will be a network of 30 small satellites beaming images directly to troops on the ground to order. A mobile, backpack-ready ground receiver can link up with the satellites in real time, downloading two pictures a second covering five square miles in each shot. Those photos will then be stored on a central server so others operating in the area can take a look.

The ten-inch telescope is not capable of the high-res imaging of some of its intelligence – and increasingly its civilian – counterparts. But a resolution of five feet over five square miles is more than enough to pick out a building, locate an out-of-place vehicle or capture a convoy on the move.

But perhaps Kestrel Eye’s biggest advantage is that each satellite costs only $1 million, a fire-sale price compared to larger spy satellites. Since cost is the biggest killer of a lot of the military’s bright ideas, the low price tag means Kestrel Eye is in a good position to be in orbit by 2011.