Video: The View From the Highest Man-Made Point on Earth 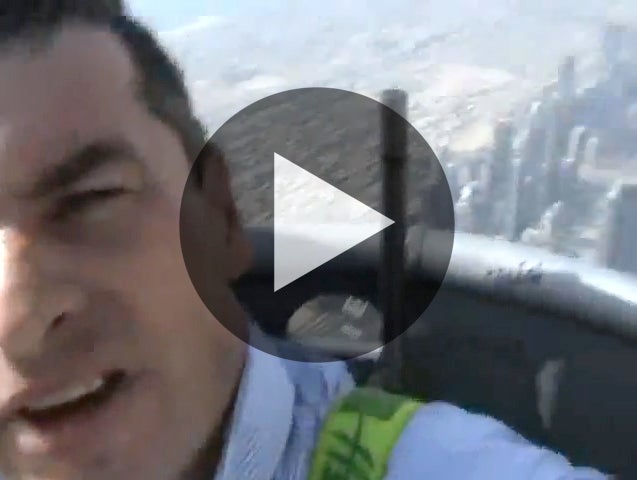 There aren’t too many YouTube videos capable of inducing measurable feelings of vertigo while you watch comfortable at your desk, but this is one of them. It was filmed by a brave, brave Scotsman standing on top of the world.

At 818 meters (2,684 ft), the Burj is the tallest structure humans have ever built. And it takes an even braver human to mount the top of spire and stick his video camera over the ledge.

The tower reached its maximum height in January of this year, and is currently slated to begin occupancy in January 2010. Dubai real estate isn’t the commodity it once was, but we still have a monument to extreme engineering.

“The tower wobbles, dreadfully, so if my hand is shaking, it’s not just me.” Indeed.