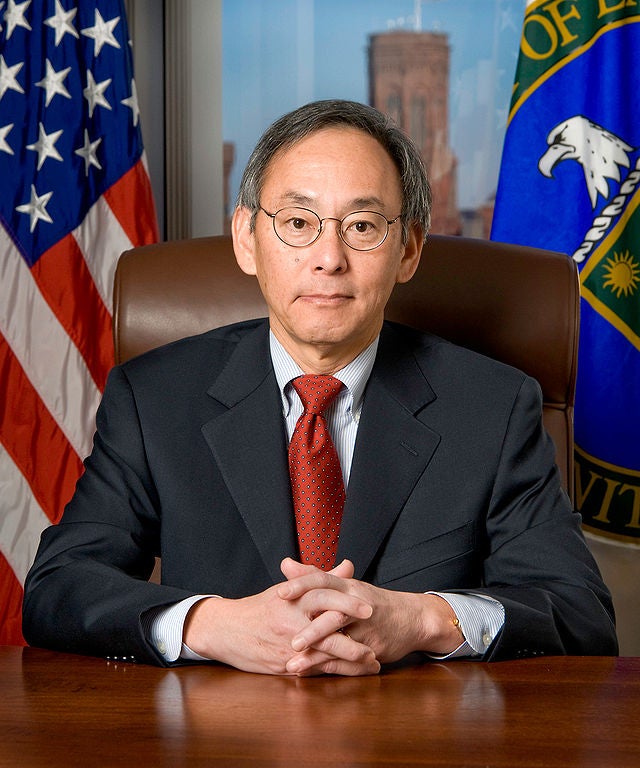 United States Energy Secretary Steven Chu, a Nobel Prize winner and fierce proponent of alternative energy, announced today that he will resign his governmental position and return to academia. Chu was the director of the Lawrence Berkeley National Laboratory and a professor at the University of California, Berkeley when appointed Energy Secretary. He is well-known for his advocacy of alternative energy as a method of correction against climate change, and has speculated on future energy possibilities based on high-glucose tropical plants. During his time as Secretary, renewable energy use in the US doubled. Chu says he will return to academia in California. [via CNN]