DNA tags label rioters and other criminals so cops can find them "at a less confrontational time for officers." 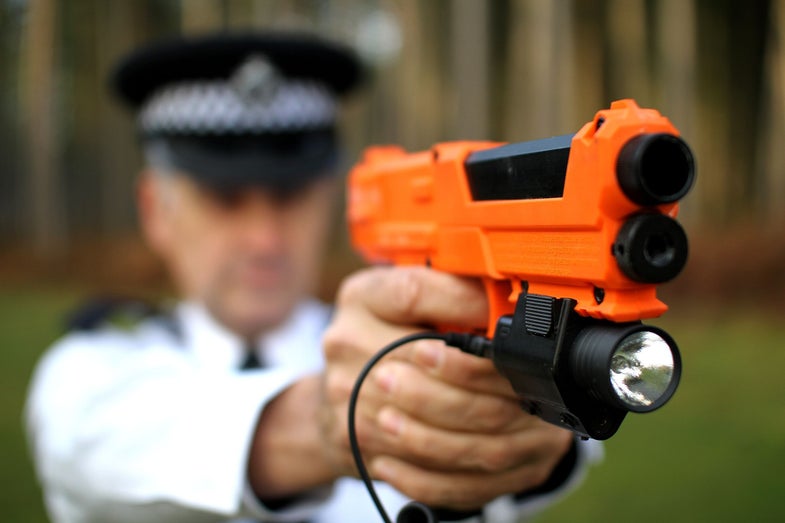 Riots are a tough nut for law enforcement in part because of the sheer number of people involved–it’s impossible to stop and arrest every person involved in a skirmish. That’s why cops have some pretty high-tech methods for catching suspects, from facial recognition software to debilitating sonic cannons. But none is as bizarre as this new DNA gun from a UK security firm.

The SelectaDNA High Velocity System works like it sounds–it shoots people with pellets containing a unique DNA fingerprint. Unlike rubber-pellet guns, Tasers or tear gas canisters, the technology does not deter or disable the suspect–he or she can get away seemingly unscathed. But later, authorities can track down the suspect and arrest him or her “at a less confrontational time for officers,” according to the company. Portable readers equipped with ultraviolet light scanners would be able to verify the synthetic DNA.

The pellets come in rifle or pistol form, containing 14 pellets per container. All pellets in a pack have the same DNA code. That means you could tag a lot of people at one event, but you couldn’t necessarily single him or her out in the crowd–so it would still be hard to tell who may have incited a riot, rather than just taken part.

Apparently Selectamark (what a name) also makes DNA grease, gel and spray to tag personal belongings or other items. It could conceivably be used to tag money in a bank heist, for instance–instead of a lot of ink exploding in a bag, the would-be robbers would get DNA all over themselves. If it lands on clothing, it won’t do the authorities any good, but if the pellets land on skin, their DNA mark will stay there for up to two weeks, according to the company. The equipment was unveiled at the gun trade show The SHOT Show in Las Vegas. 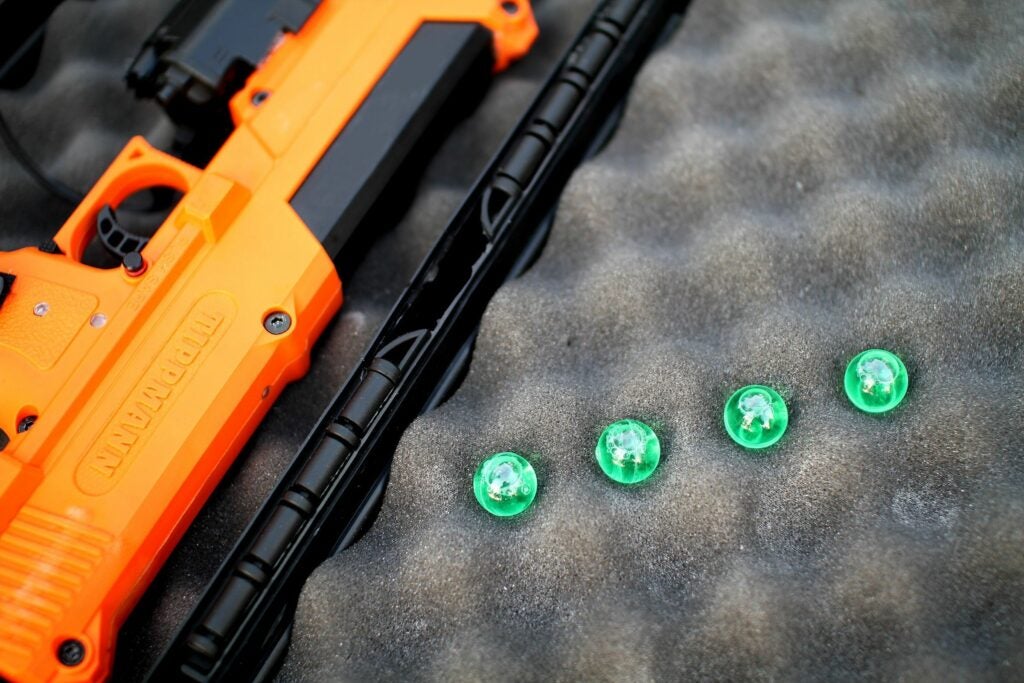 Law enforcement officers can use DNA pellets to tag individuals with a unique DNA code.