It's not quite the visible-spectrum breakthrough we're waiting for, but invisibility science has hit a theoretical high point. 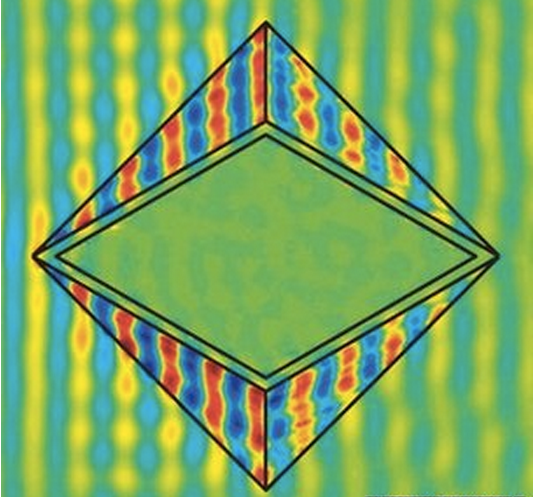 A big step forward in invisibility cloaking today: Researchers have pulled off the first-ever “perfect” cloaking of an object, rending a small cylinder completely invisible while creating absolutely no reflections of incident light that might give the concealed object away. The catch? The object was centimeter-scale, and the cloaking was done in the microwave spectrum rather than in visible light. Your invisibility cloak is still on hold.

But that doesn’t make this any less of a breakthrough where metamaterials and cloaking are concerned. Many attempts at cloaking have been made, and many have been some degree of successful. But the original theory that led to all this cloaking science says that we should be able to cloak objects entirely, and up to this point we’ve failed to do that. Every other attempt has, to some extent, left behind small reflections of incident light.

That means that even though those materials successfully bent light waves around the target object to make it appear invisible, they still didn’t perfectly translate the light from behind the object to the space in front of the object–had these attempts happened in the visible spectrum, the space concealing the object would’ve appeared dark or discolored or otherwise not quite right.

This stuff is of course quite complicated and these kinds of cloaking materials can be extremely expensive and difficult to produce, but nonetheless a Duke University team has managed to create what it believes is the first cloak that achieves perfect invisibility by concealing a one-centimeter-tall cylinder from microwave detection without any incident reflections.

The trick: a diamond-shaped material cloak that was extremely finely tuned at the diamonds corners to ensure the light bent perfectly around the object with no aberrations. The catch: this cloak only works from one-direction, and would be really difficult to replicate in the visible spectrum. Still, it’s a milestone and a step forward for the discipline; microwave cloaks could be important in future communications and defense applications, as the world around us is not tuned strictly to the visible spectrum.