An uncovered file documents Cold War-era investigations into an important question: is it safe to drink beer that was exposed to an atomic bomb detonation? And does it taste OK? 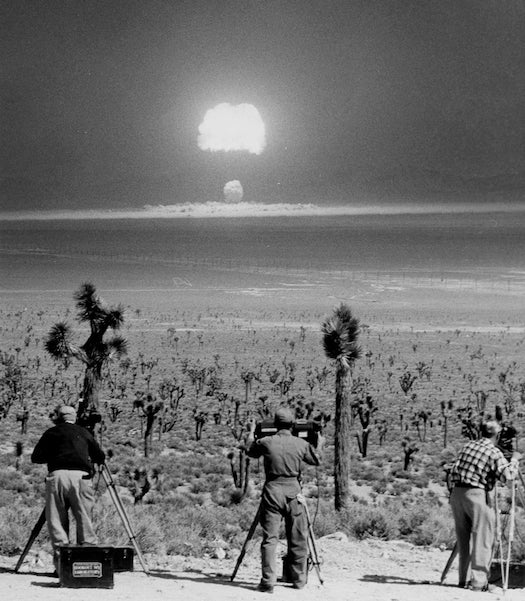 The atomic bomb reached deep into the world’s collective consciousness, changing everything forever. Testing something like that meant serious research into how a nuclear explosion would affect every part of life, including: “Will this bomb irradiate my beer?”

Documents uncovered by Alex Wellerstein at Restricted Data show that the infamous Operation Teapot–a series of 14 nuclear weapons tests beginning in 1955–featured tests on packaged food, including beer. Those staged mannequins and houses in the Nevada desert you might know from old footage? Beer and soda was placed in them, because, hey, you still need to kick back a little after The End of Days.

Both cans and bottles were tested in different proximities to two bomb blasts (one equivalent to 20 kilotons of TNT, the other to 30 kilotons). No surprise, the cans fared better, but both did surprisingly well overall. The closest beverages were just over 1,000 feet away from the blast; the farthest were two miles back. The irradiating effects on both were minimal, and the scientists claimed it would be drinkable for “emergency use,” which Wellerstein points out means OK “in the short term.”

The taste–yes, they were concerned about the taste–was surveyed by some short-straw-drawing individual (and eventually sent to laboratories) who goes unnamed. It’s rated as a little strange-tasting but, thankfully, not Apocalypse-bad.