MIT Scientist Offers $100,000 to Anyone Who Can Prove Quantum Computing Is Impossible

Scott Aaronson, a scientist at MIT who works mostly with theoretical quantum computers, issued a challenge to all of those... 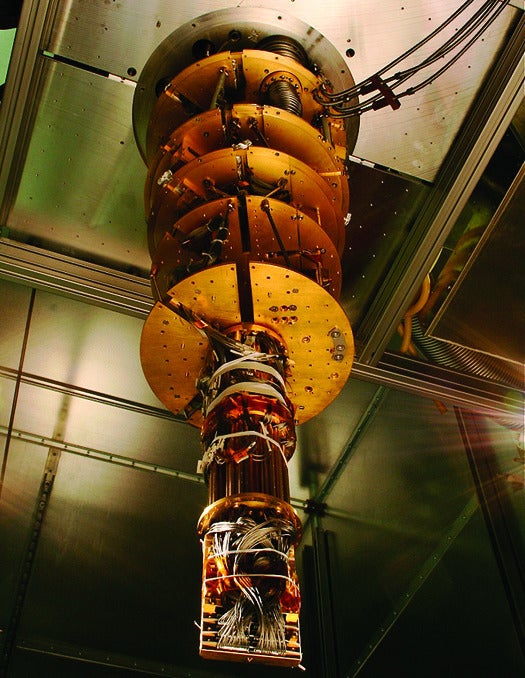 Scott Aaronson, a scientist at MIT who works mostly with theoretical quantum computers, issued a challenge to all of those deniers out there: prove that “scalable quantum computing is impossible in the physical world,” and Aaronson will personally pony up $100,000 to the winner.

“Useful work” is a key phrase in the contest; so-called “toy” quantum computers, using only a few electrons, are already proven to exist, so the challenge is more about larger, scalable quantum computers. Here’s Aaronson addressing the problem of disproving a theory, and responding to the accusation that his challenge is the equivalent of proving Bigfoot doesn’t exist:

Whether Bigfoot exists is a question about the contingent history of evolution on Earth. By contrast, whether scalable quantum computing is possible is a question about the laws of physics. It’s perfectly conceivable that future developments in physics would conflict with scalable quantum computing, in the same way that relativity conflicts with faster-than-light communication, and the Second Law of Thermodynamics conflicts with perpetuum mobiles. It’s for such a development in physics that I’m offering this prize.

It’s pretty unlikely it’ll ever happen; like Aaronson notes, if anybody actually managed to prove this, the world would hear about it and his $100,000 would end up supplementing some Nobel money or something. Still though, we like the gumption of offering cash money to your harshest critics.