In a breakthrough so hot it’s cool, Spanish researchers have figured out how to make water freeze at room temperature.... 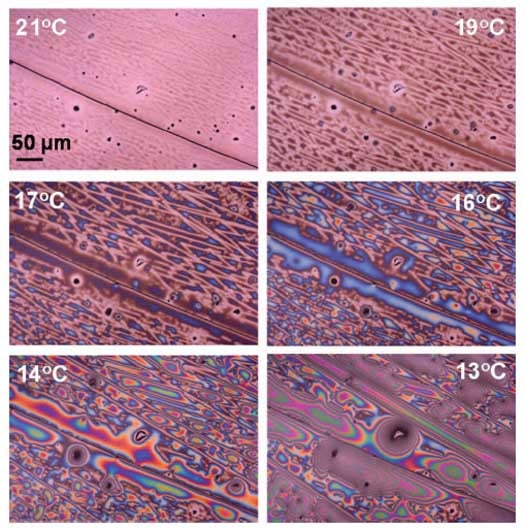 As temperature decreases the relative humidity close to the surface increases and water adsorbs on the surface similar to the way ice does. Chemical Physics
SHARE

In a breakthrough so hot it’s cool, Spanish researchers have figured out how to make water freeze at room temperature. By artificially manipulating the mechanisms by which water condenses in the atmosphere, the researchers found a means to trigger ice formation at far higher temperatures than water’s usual freezing point, a development that could lead to better artificial snowmaking, more efficient ice skating rinks, and better freezer technology.

The prevalent school of thought regarding ice formation used to dictate that hexagonal structures similar to that of natural snow and ice were the best candidates to induce freezing or to trigger rain. The research team at Spain’s Centre d’Investigació en Nanociència i Nanotecnologia decided to test this theory on a mineral named “Frankdicksonite,” or barium fluoride (BaF2).

Frankdicksonite has the desired hexagonal structure, but the Spanish team found it to be a less-than-ideal ice-nucleating material. Except for when its structure has imperfections. When BaF2 has surface defects, its ability to spur condensation greatly improves. At the point of the surface defects, water tends to form tiny two-dimensional icy patches even under normal ambient conditions.

The finding could swing open the door for a new kind of synthetic, environmentally friendly material that spurs ice formation at higher temperatures. The team is currently working on just such a material, with hopes of later creating what they call “intelligent surfaces” that can manipulate water in specific ways.