A glimpse of "the toe of God" 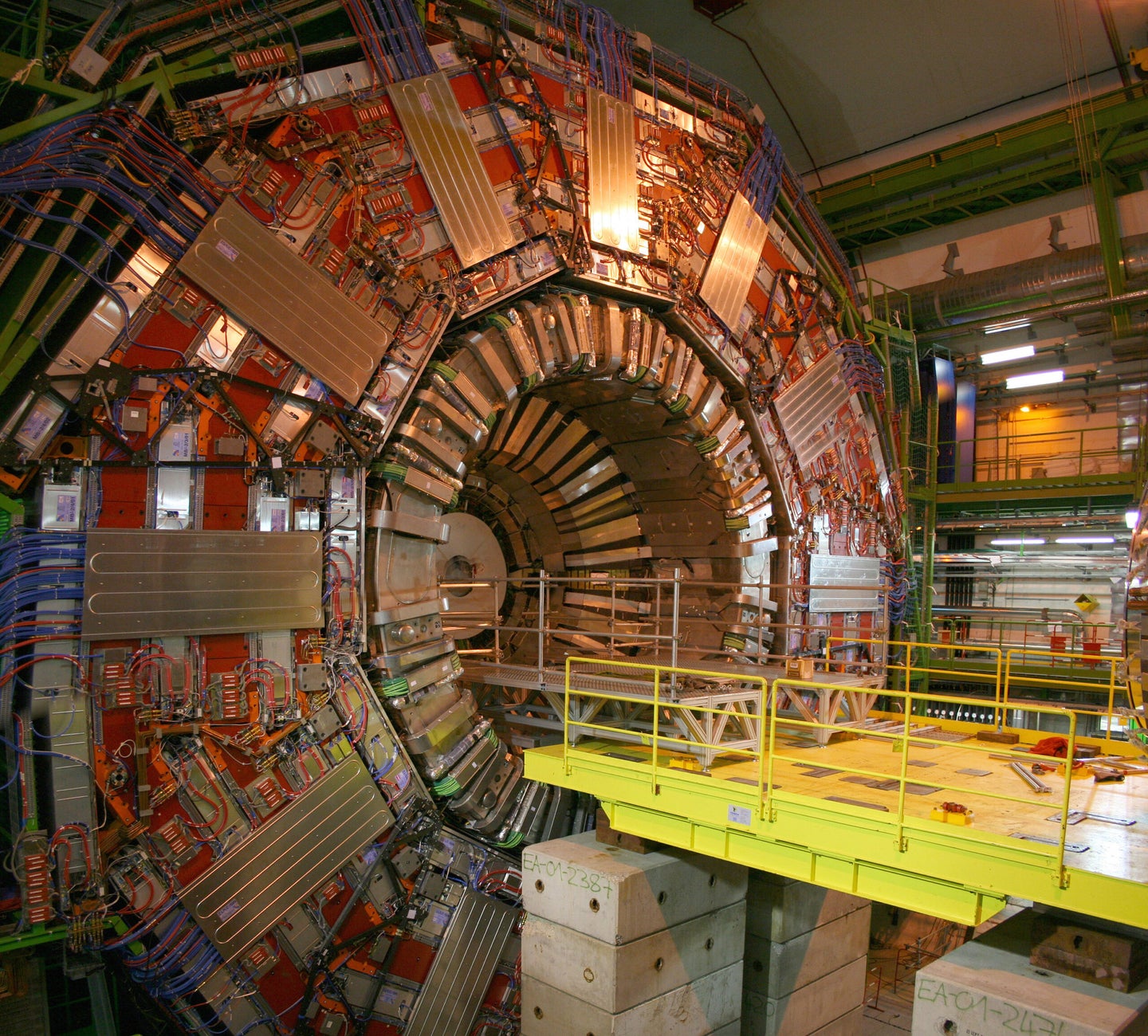 The New York Times reports on some unlikely results of experiments at the Tevatron, the particle accelerator at the Fermi National Accelerator Laboratory in Batavia, Ill. The new findings could shed light on why the universe has a preponderance of matter over antimatter, and therefore something rather than nothing.

From a purely mathematical perspective, nothing should currently exist. When the Big Bang happened, equal amounts of matter and antimatter would have been created. Then they should have instantly annihilated each other, leaving nothing but the void — not even atoms. As physicist Guennadi Borissov writes, “The Standard Model disagrees with one experimental fact — our existence.”

Borissov, a researcher from Lancaster University in England, presented a new paper over the weekend that could explain the discrepancy.

The Times story quoted physicists not involved in the research who said it was promising, if unusual. It still needs to be confirmed in follow-up experiments. Joe Lykken, a theorist at Fermilab, summed it up nicely: “I would not say that this announcement is the equivalent of seeing the face of God, but it might turn out to be the toe of God.”

In the new results, researchers noticed the proton-antiproton collisions produced more muons than anti-muons, for some reason. Muons are particles similar to electrons and have a negative charge. As the Times’ Dennis Overbye, the dean of cosmological reportage, explains: “The miniature universe inside the accelerator went from being neutral to being about 1 percent more matter than antimatter.”

That seems to model what actually happened in our universe. Physicists don’t know why, but something happened in the universe’s earliest attoseconds that led to a small excess of regular matter particles over anti-matter particles. That excess represents everything that exists.

Previous research has shown some differences between regular particles and antiparticles, called CP variation, but it’s not enough to explain why matter wins out. The new results are more promising. They hinge on the behavior of neutral B-mesons, a particularly indecisive group of elementary particles. They oscillate between their matter and antimatter states trillions of times a second, but they apparently happen to go from their antimatter state to their matter state more rapidly than the other way around. This apparent preference eventually tilts the scales toward matter — much more so than the Standard Model would predict, in fact.

Physicists don’t know why, and they hope the results can be explained by a new elementary particle or some new interaction between particles that has not yet been discovered. The Large Hadron Collider, which has been humming along in Geneva since last winter looking for such particles and interactions, may provide some explanations.