Feeling a bit obsessive-compulsive? New research suggests maybe it’s not all in your head after all. More likely, researchers say,... 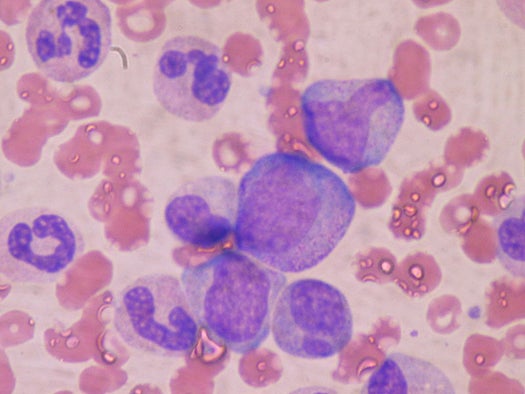 Feeling a bit obsessive-compulsive? New research suggests maybe it’s not all in your head after all. More likely, researchers say, it’s in your bones. A Nobel laureate at the University of Utah claims he has cured an OCD-like behavior in mice by giving them bone marrow transplants.

That’s right, bone marrow transplants. And while the costs and risks associated with bone marrow transplants make it such that humans would not want to consider the procedure as a treatment option for mental illness, the findings show a direct link between a psychiatric disorder and problems with the immune system. That could potentially inspire a new spate of immune-based research into treatments for maladies often perceived as neural or behavioral.

To make the immune-psychiatric connection, the team performed bone marrow transplants on mice that carry a defective gene that causes them to groom themselves too often and for far too long, rubbing their fur completely off in places and sometimes even resulting in skin wounds. It’s similar to the human disorder trichotillomania, which causes people to pull their own hair out. It’s also quite comparable to obsessive-compulsive disorder, or OCD.

The mice who received the healthy bone marrow were cured of their disorders. Further, when researchers injected that faulty bone marrow into healthy mice, they quickly developed the disorder. The problem revolves around a specific cell type called micoglia. About 60 percent of a person’s microglial cells originate in the brain during early stages of development. The rest form in bone marrow and move to the brain, and those were the cells causing the problem.

While the breakthrough doesn’t provide a hard-and-fast cure for OCD and related disorders, it could lead to a greater focus on immune-based research. As a discipline, we know so much more about the immune system and how to treat it than we do the brain and its processes, and psychiatric researchers could potentially find the cures they are looking for not in the brain, but elsewhere in the body.