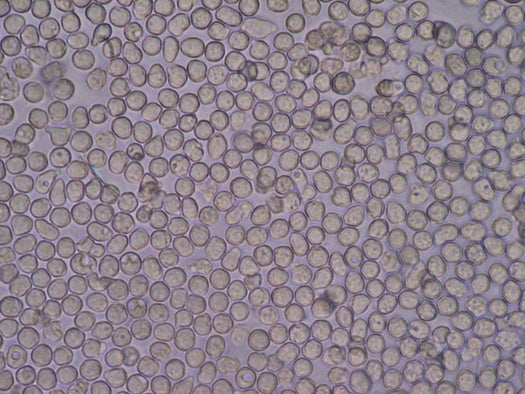 Carbon nanotubes may not be so bad for you after all. Past studies have suggested that carbon nanotubes are biopersistent — that the human body cannot break them down — but a team of Swedish and American researchers has discovered that an enzyme found in white blood cells can break down nanotubes into harmless water and carbon dioxide.

Carbon nanotubes are, of course, tiny tubular structures made of single layers of carbon atoms that are stronger and lighter than steel. Potential medical applications for carbon nanotubes include drug delivery systems and tiny implantable devices, but there’s been a persistent concern among scientists that the nanotubes wouldn’t break down over time, leading to toxicity and tissue damage.

But the most recent findings show that bacteria-neutralizing endogenous myeloperoxidase (MPO) found in certain types of white blood cells can easily break down the tiny carbon structures, leaving behind nothing but water and CO2. The study also showed that nanotubes that have been broken down by MPO don’t cause any lingering inflammation or toxicity in mice.

The researchers point out that the findings are important not just because they’ve found a way to render carbon nanotubes harmless if necessary — say in the event of an accident at a manufacturing facility — but also because they could lead to advances in medical science. Nanotubes are small enough that if they are deemed safe, they could enable a new breed of miniscule drug delivery devices that can deposit payloads directly to specific cells.