A physics fanatic down under is having a very Tesla Christmas this year, creating a 30-foot electrifying display of yuletide... 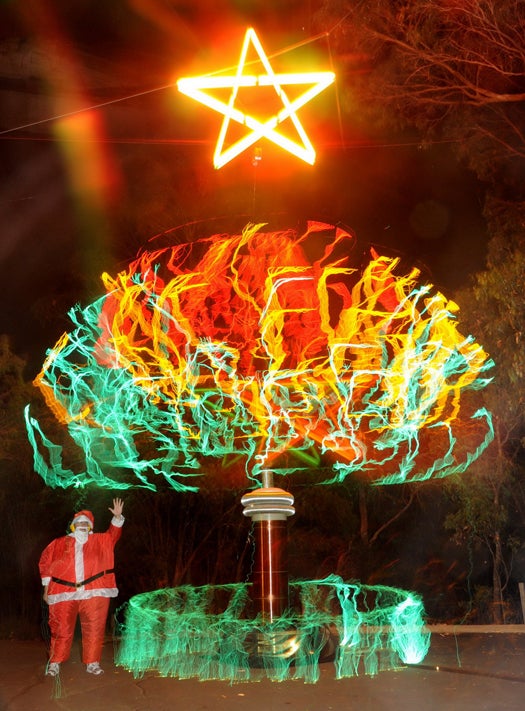 A physics fanatic down under is having a very Tesla Christmas this year, creating a 30-foot electrifying display of yuletide cheer by attaching a rotating rod to the top of a Tesla coil, making for quite the colorful Christmas tree. Using such specialized science tools as a fishing rod and sinker, household power, and a Nikon D300, physician and Tesla buff Peter Terren manipulated 500,000 volts at a time to produce the images seen here.

Using what he calls “electrickery,” Dr. Terren — known for a few other Tesla coil adventures including an electro-colorful remake of Rodin’s “Thinker” — used a really long exposure on his camera, several different lens filters and his knowledge of physics to create the high-voltage scene, manipulating the rod to create different visual effects.

Nothing in the images is Photoshopped, but someone watching Dr. Terren create the images would see something quite different than the image itself. Rather than a fiery display of colorful plumage, a passerby would see two minutes of intense sparking at the coil while Dr. Terren scrambled about switching filters on the camera from green to yellow to red and so on while gradually raising the rod atop the Tesla coil. But when the camera shutter finally snaps shut 120 seconds later, what’s captured is the bright white light, filtered into Christmas wavelengths.

A Discovery Channel segment about Dr. Terren’s tree is in the works, but you can catch more images in our accompanying gallery, and find pics of his creative process here.

[Tesla Down Under, WA Today] 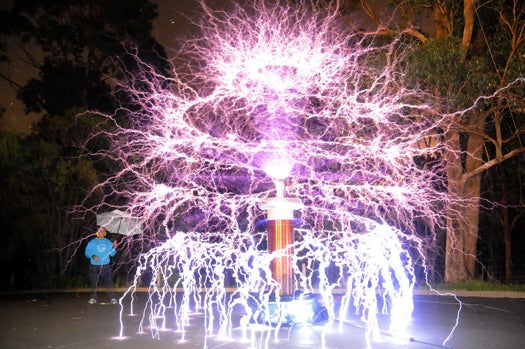 Lighting Up The Tree 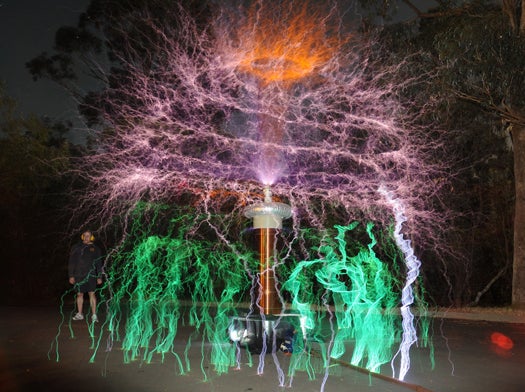 A Festival of Lights 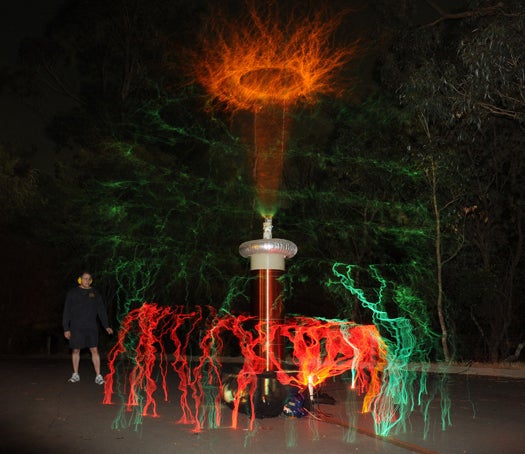 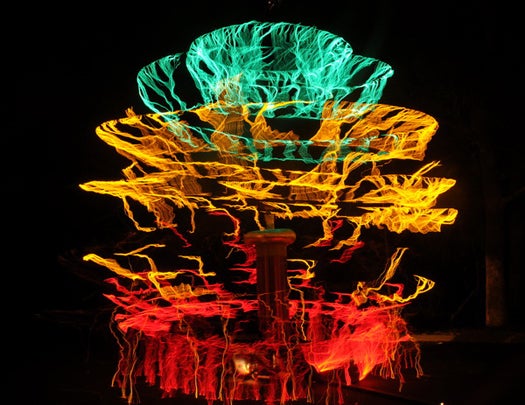 Spreading the Cheer Around