In a development that gives Acme Labs and NIMH a run for their money, scientists in Georgia and China have... 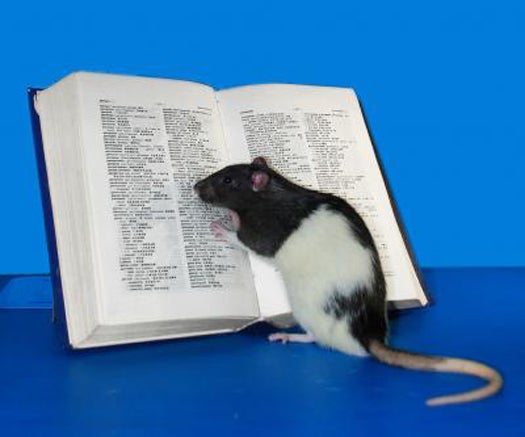 In a development that gives Acme Labs and NIMH a run for their money, scientists in Georgia and China have collaborated to create the world’s smartest rat. The genetically engineered rat, Hobbie-J, over-expresses a gene that regulates neuron communication, greatly enhancing the rat’s ability to navigate mazes and remember toys.

This new rat confirms a decade-old experiment run by the same scientists that increased the intelligence of a mouse by changing the same gene. The gene, called NR2B, acts as a sort of “pore” for neurons, regulating the flow of electronic pulses in and out. By increasing “pore” activity with the over-expressed NR2B gene, the scientists effectively increased processing speed of the rat’s brain.

The researchers hope this discovery will lead to drugs that target NR2B specifically. Diseases like Alzheimer’s affect NR2B expression, so a drug that causes the gene to over-express could counteract the affects of the disease. Similarly, a regular person could conceivably take the drug to ward off the onset of decreased memory and recall abilities later in life; NR2B is much more common in young neurons.

There are upper limits for the drug, though. While it can make a rat better at navigating a maze, it cannot grant the rat new intelligences beyond the known limits of rat comprehension. Or, at least that’s what the rat wants us to think as it tries to take over the world.