Robots Are Coming For The Garbageman’s Job

Let the machines do the heavy lifting 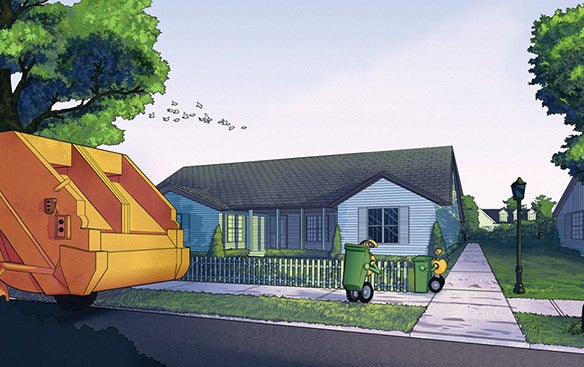 As long as there are humans, there will be garbage. And, for a long time, it seemed inevitable that there would always be garbagemen, too, to collect that refuse. A new project by carmaker Volvo, recycling company Renova, Sweden’s Chalmers University of Technology and Mälardalen University, and Penn State University wants to create robot assistants for garbage trucks. With automation, a human driver can stick to the road, and a robot can do the literal heavy lifting.

Dubbed Robot-based Autonomous Refuse handling, or ROAR, the project will feature a robot designed by Mälardalen University, control system designed by Chalmers University, and a control panel designed by Penn State. Combined, these efforts will hopefully yield a robot that can grab trash and toss it on board a Renova waste truck by June 2016.

Volvo’s release on the matter suggests the purpose behind ROAR is a system that collects garbage “without waking the sleeping families and without heavy lifting for the refuse truck’s driver,” but there’s little evidence yet that humanoid robots or quieter or more graceful than actual humans. In terms of cost, robots can certainly be cheaper than people, if the same already-employed driver is now also responsible for steering a pair of robots instead of waiting for a couple people to hop off, grab trash, and get back on.

But that assumes waste collection companies will even still want human drivers in the future. If they’re looking to completely automate the garbage collection process, the next step is to hand the keys over to a robot.