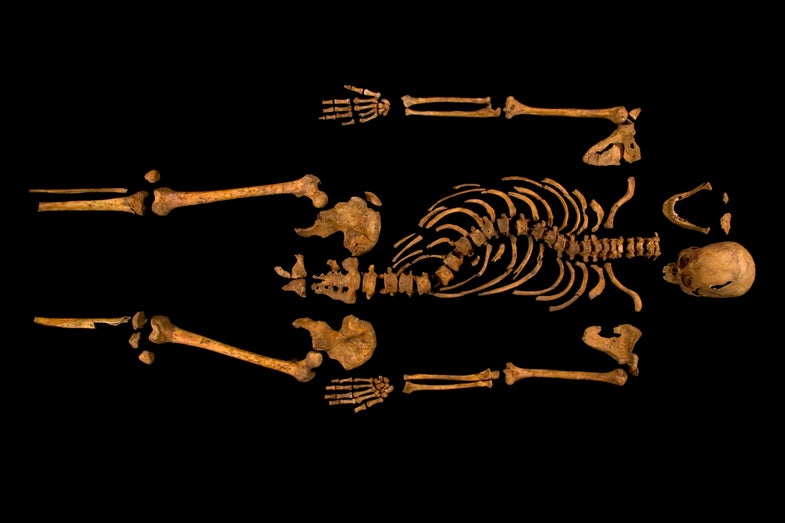 One year ago this week, the remains of Richard III, found under a parking lot in 2012, were reinterred in a grand ceremony.

While people can visit Richard’s remains in their current marble resting place, now you can also explore his original resting place, a hastily dug grave that was covered by a parking lot in the intervening centuries since Richard’s untimely demise on the battlefield.

The remains were positively identified as the late king in 2014.

The new digital model gives researchers (and the general public) a 360-degree view of Richard’s shallow grave, with annotations that highlight details of the archeological site. Explore the model below.