Grittiest Call of Duty reboot ever 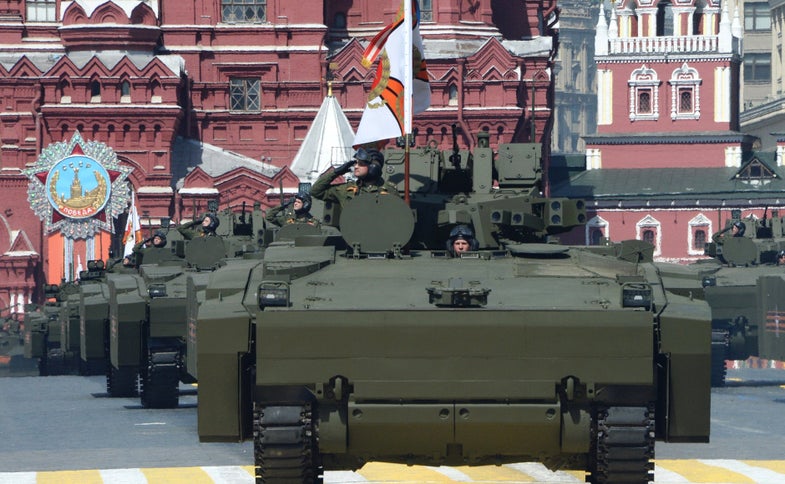 Inside a Russian tank, they’re reinventing the wheel. The new Kurganets-25 is controlled by a Playstation-inspired controller, according to state-owned Russian news outlet Sputnik.

The Kurganets-25 is an infantry fighting vehicle, which is a category of machine halfway between an armored truck and a full-size battle tank. Initial reports have it carrying eight troops in the back, while a three-person crew of driver, gunner, and commander operate the vehicle. It promises a top speed of 50 mph on its treads, and it has some amphibious ability. On top of the vehicle is a turret, which looks like it has a machine gun, a 30-mm cannon, and room for four anti-tank missiles.

Albert Bakov–vice president of Tractor Plants, the company that makes the vehicle–told Russian media about the company’s choice to use a video game-style controller inside the vehicle:

On May 9th, the Kurganets-25 made its public debut as part of a parade commemorating the 70th anniversary of Russia’s victory in World War II. No word yet if it was caught behind a stalled tank.