With much skepticism, we put the app to the test 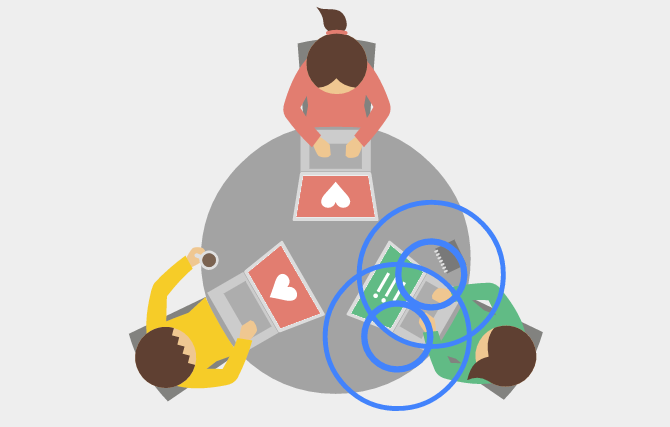 A new Chrome extension, called Google Tone, released this week makes it possible to share a URL with another computer in the room using a series of beeps and boops. The concept is dead simple yet instantly instills a sense of disbelief. A computer making seemingly random sounds can transmit the URL for the tab I have open in Chrome across the room? Get out.

Full of skepticism, I decided to put it to the test. I installed the Chrome extension on a MacBook Air and a HP laptop running Windows 10. And you know what? It works! Click on the blue megaphone icon, some noise is made, and a few seconds later the link is available across the room on another computer.

I’ve yet to have the Windows 10 laptop pick up the sound, but that could be due to some compatibility issue between the unreleased operating system and Chrome. In such case, it’s hard to point fingers at any one culprit.

Although every time I shared a link from the HP to my Mac, a familiar Chrome notification showed up in the top-right corner of my screen. Clicking on it opened a new tab populated with the correct link. Crazy.

One does have to pause and think about the security risks associated with this magic trick. For starters, in order for it to work, the extension has to be turned on. And when the extension is on, so is the microphone in your computer, obsessively listening for incoming links. A live mic could potentially stream your private conversations, exposing your personal details should a nefarious application or would-be bad guy find a vulnerability in the extension. Granted, you can turn off the extension with a few clicks (and thus turn off the microphone) at any time, but that takes away from the convenience of such a feature.

Secondly, due to the inherent public nature of the sounds, anyone within a computer running the same extension within earshot will be able to eavesdrop on your shared links. In other words, don’t share sensitive links if you don’t trust the people in the same room as you.

Eavesdropping fears aside, this extension is sure to come in handy. You can download Google Tone from the Chrome Web Store here.