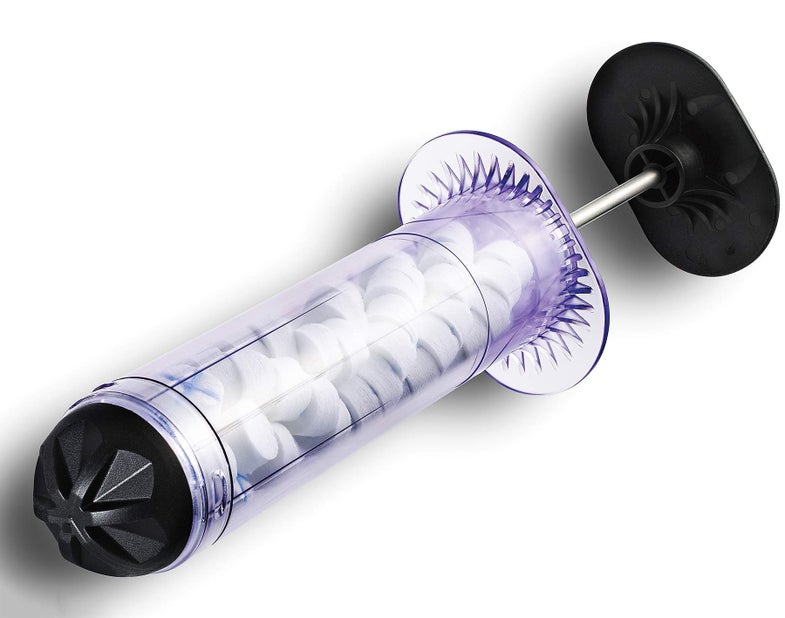 These injectable sponges can enter open wounds to stop internal bleeding in the field for up to four hours. Jonathon Kambouris
SHARE

For someone with a severe gunshot wound, every second counts. Thats the idea behind the XStat, one of Popular Science’s 2014 Invention Award winners. The syringe is used to fill a gunshot wound with small sponges that fight infection and help stop the bleeding of the most traumatic injuries.

Last year, the FDA approved XStat for use on the battlefield. Now, the simple device has been approved for use in non-military situations. First responders in the United States will now be able to use the device to staunch bleeding at the scene or as the victim is being transported to the hospital, buying the victim precious time.

“When a product is developed for use in the battlefield, it is generally intended to work in a worst-case scenario where advanced care might not be immediately available,” William Maisel, acting director of the Office of Device Evaluation at the FDA said in a statement. “It is exciting to see this technology transition to help civilian first responders control some severe, life-threatening bleeding while on the trauma scene.”

The device is a lightweight single-use syringe filled with sponges that expand on contact with blood, sealing the wound in fifteen seconds, and applying pressure that will stop the bleeding. The sponges can be removed once the patient gets to a hospital. To find out more about how XStat works, check out Popular Science’s article from last year.

This isn’t the last stop. The company behind XStat, RevMedx, is also working on devices that could stop postpartum hemorrhages in women, gauze embedded with sponges to help stop bleeding in larger injuries, and a kit that will allow first responders to treat injuries caused by bombs.