Today, heads of state from around the globe met at the United Nations to face a problem that affects all... 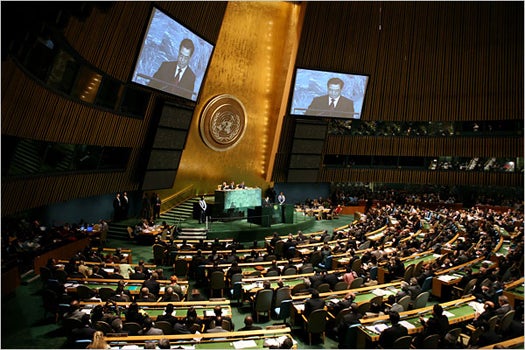 Today, heads of state from around the globe met at the United Nations to face a problem that affects all of their constituencies: climate change. In a day-long conference on global warming, President Obama lamented that the United States was slow to recognize and respond to the problem of global warming, and vowed to move swiftly to counter it. President Hu Jintao of China echoed those statements, listing a four-point plan to combat carbon emissions.

Today’s conference was not a referendum on UN action, but rather a moment to get all the heads of state on the same page before the December meeting in Copenhagen. At that meeting, representatives will attempt to hammer out a new treaty largely seen as the successor to the Kyoto treaty.

So far, the concord needed for success in Copenhagen seems present amongst the different delegations. Both President Obama and President Hu called climate change a threat to our survival, and noted that only rapid, decisive action could staunch the rising temperature. However, whether or not that agreement will continue through the assuredly contentious negotiations in December remains to be seen.