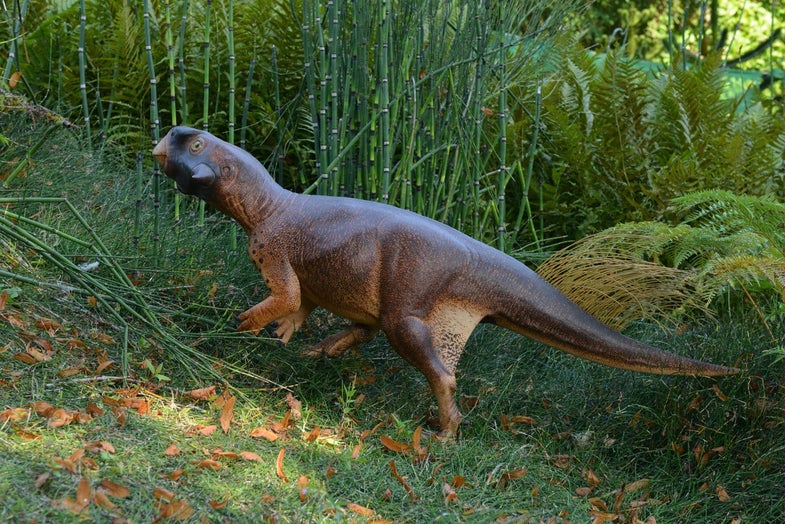 Researchers used the information preserved in the fossil to build a life-sized model of the fossil, and placed it in different environments to figure out in what environments the dinosaur was adapted to live. Jakob Vinther, University of Bristol and Bob Nicholls (Paleocreations.com)
SHARE

We usually think of dinosaurs as standing out, but about 100 million years ago, Psittacosaurus, a dog-sized cousin of Triceratops with a parrot-like beak was blending into the background as much as possible.

In a new study published today in Current Biology, researchers reconstructed the colors and shading of a Psittacosaurus by studying a fossil specimen that had skin preserved so well that researchers were able to decipher color patterns on the fossil.

On the specimen of Psittacosaurus, the colors on the underside of the dinosaur were much lighter than the ones on the back, something that is seen in animals today, and is known as countershading. Penguins, for example, have lighter bellies and dark backs to make them less easily detected by predators under water.

On land, countershading is also used to blend in, but in what environments would Psittacosaurus‘ countershading be the most effective camouflage? To find out, the researchers built a full-sized model of the Psittacosaurus, and went out into the field to see how light in different settings (cloudy, sunny, forest, open areas) would interact on the Psittacosaurus‘ body, and inferred from that what the optimal color patterns would be to camouflage the dinosaur in each of those circumstances.

They found that the coloring observed on the fossil most closely matched the best-case camouflage scenario for a an animal that lived in a forest, where light was less direct than on a sunny plain. The researchers speculate in the paper that this kind of color pattern might have helped the dinosaur hide from predators in the forest, helping them blend in to their surroundings. 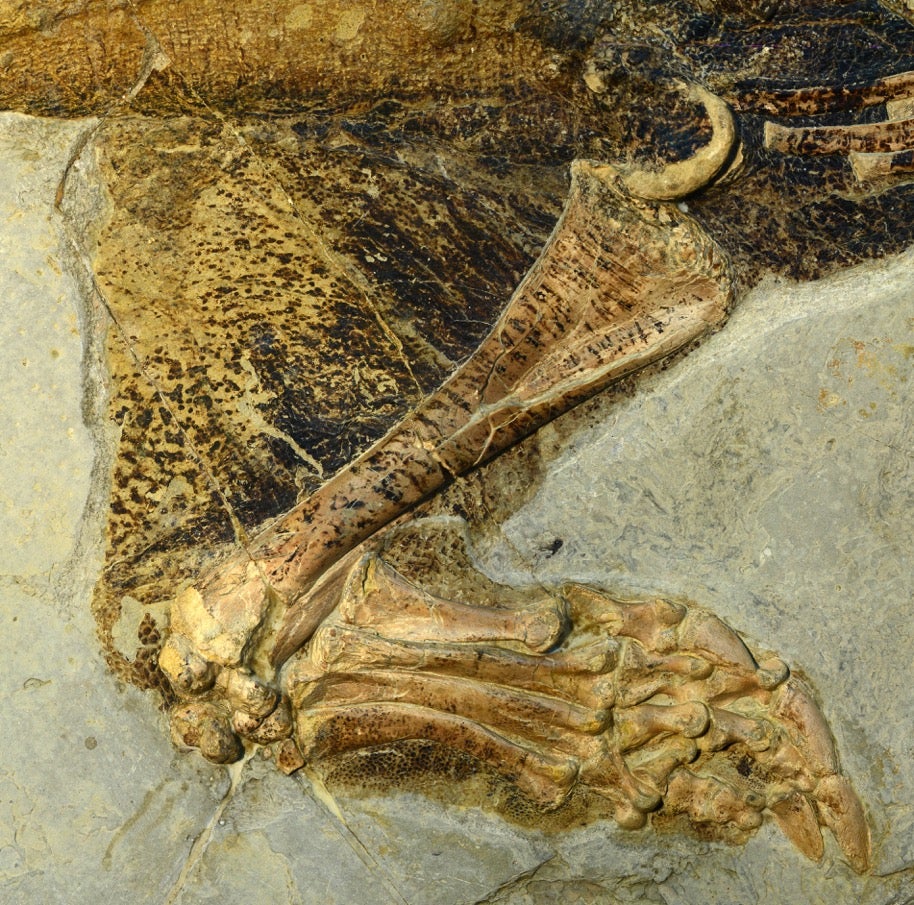 Coloring in the Fossil

Patterns were preserved on the Psittacosaurus’ specimen. 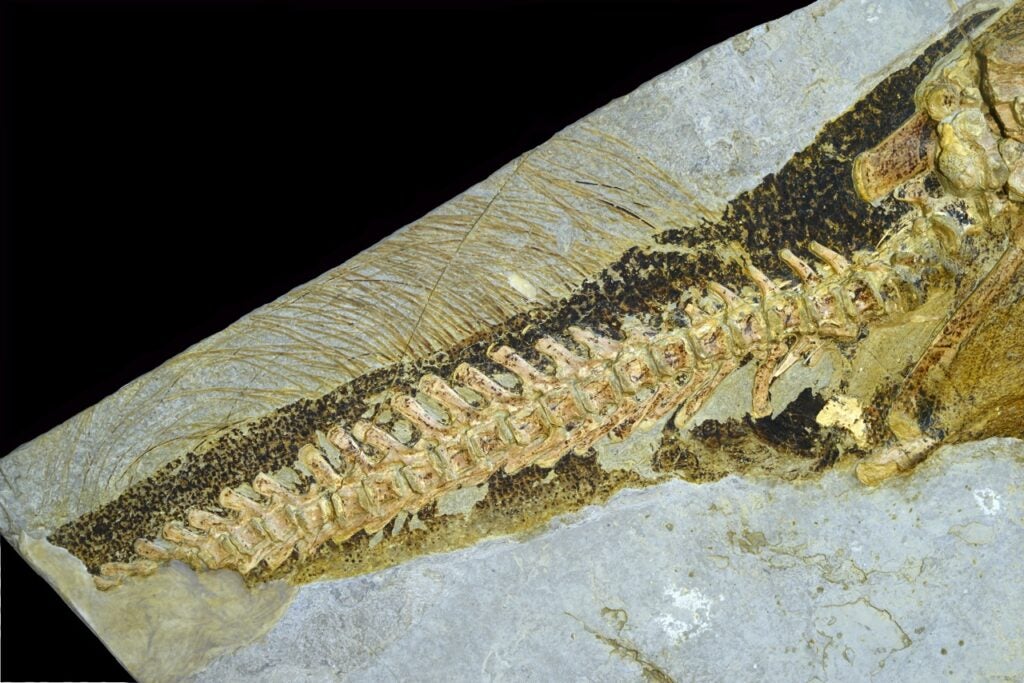 The bristles seen in this specimen have been the topic of descriptions and debate over the years. Their function remains unknown. 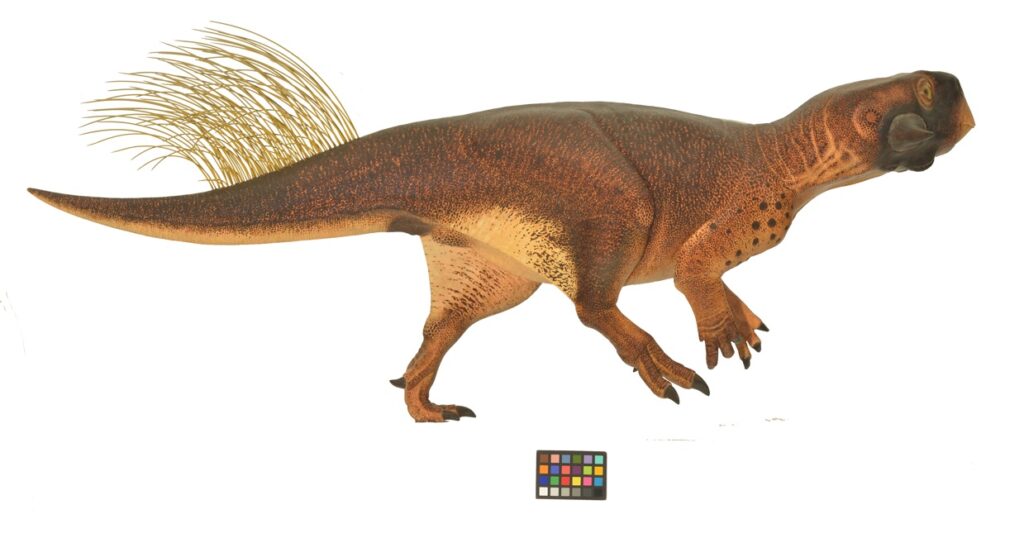 Researchers used the fossil to reconstruct the possible coloring of the dinosaur. 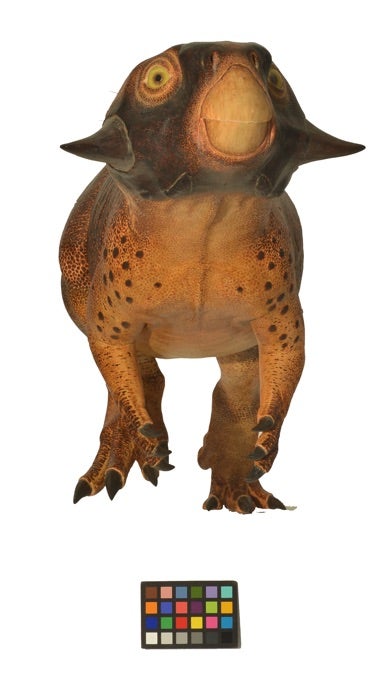 The authors note that the shading on the face resembles “masks” seen on mammals, but the significance of the patterns is unknown. 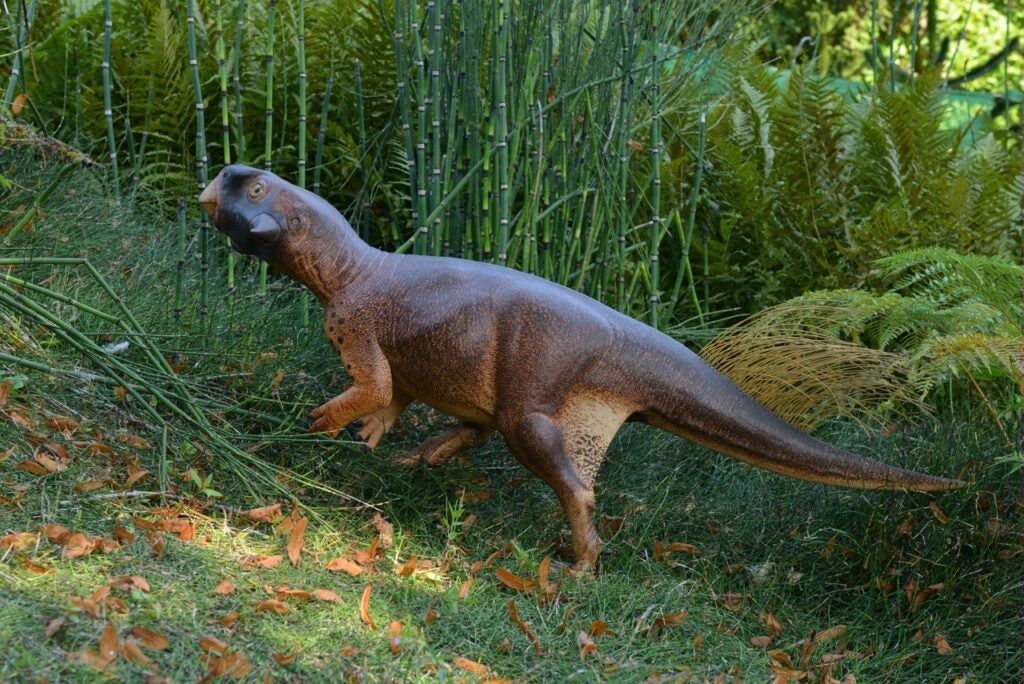 Researchers used the information preserved in the fossil to build a life-sized model of the fossil, and placed it in different environments to figure out in what environments the dinosaur was adapted to live.
Dinosaurs