Such membranes have potential for water desalinatization and other advanced filtering. 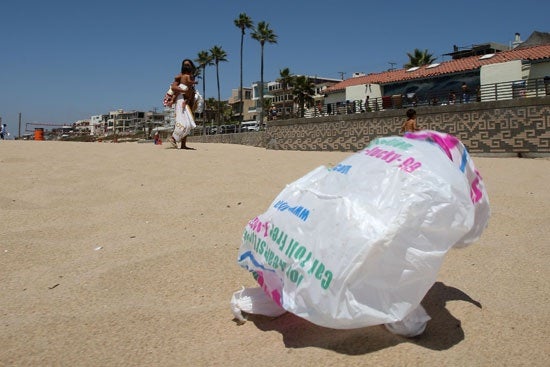 Here’s a real Cinderella transformation story. A team of chemists has found a way to turn non-biodegradable plastic bags into a carbon nanotube membrane, a high-tech material with potential to make super-efficient filters. Scientists are still exploring exactly what they would want to filter with the membranes, but some recent work has looked at using them to desalinate water.

This actually isn’t the first time chemists have turned those ubiquitous bags into carbon nanotubes. What makes this effort a little different is that it doesn’t require a chemical catalyst or solvent, which often aren’t environmentally friendly.

To gather the carbon from plastic bags, the researchers, a team from the University of Adelaide in Australia, vaporized the bags in a furnace. They formed the carbon nanotubes—tubes made of a sheet of carbon just one atom thick—from the vapor. A special alumina membrane with nano-size pores helped the chemists control the shape and orientation of the tubes that formed.

The team had originally been making carbon nanotube membranes using ethanol as a carbon source, the lead scientist, Dusan Losic, said in a statement. But then Losic’s doctoral student, Tariq Altalhi, thought that any carbon source ought to work.

Losic, Atalhi and their colleagues published their work in the journal Carbon.

University of Adelaide on EurekAlert