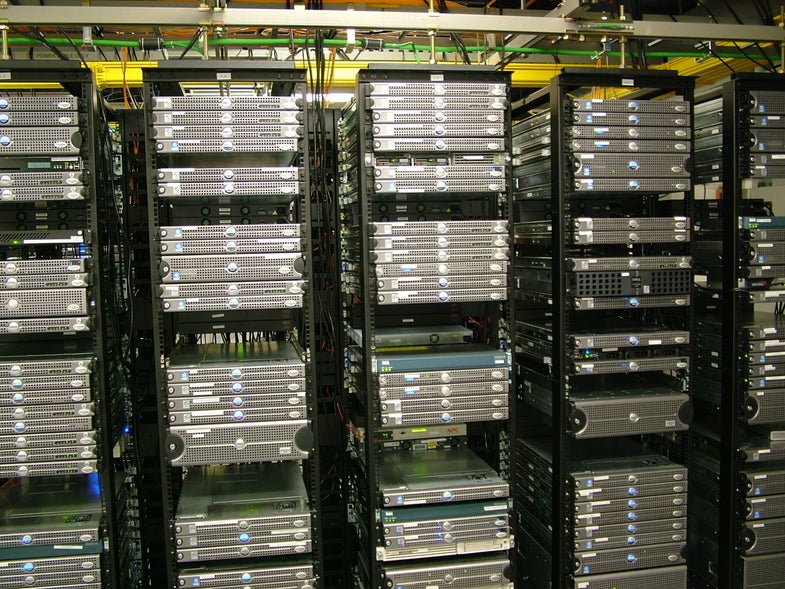 Artificial intelligence, or machine learning as it’s also referred to, is starting to touch more products we use on a daily basis. Take Google’s new Photos product as an example. Using AI, Google scans photos uploaded to your device and identifies objects in the picture. Then it makes that data searchable by the user.

It’s impressive tech, but one that undoubtedly requires massive computing power to accomplish. A fact that tips the AI scales in favor of large companies with deep pockets to cover infrastructure costs. Sentient, however, is a small company that says it’s figured out a way to create a vast computing system capable of scaling up to millions of cores at a lower cost.

How? By taking advantage of idle machines within data centers, and connecting them as if they were a single machine.

As pointed out by an MIT Technology Review report, using the Internet to connect hundreds of thousands of computers isn’t ideal for machine learning due to the massive amounts of data being moved around between processors. But Sentient claims it’s making progress in regards to making its system more efficient and more powerful.

Technology like this goes a long way in leveling the playing field for smaller companies who want to build machine learning into a product or research project. And in the end, the more Sentient is able to use its unique approach to machine learning, the more it’s going to learn and have the ability to optimize the system. Presumably, further driving down costs and making the service even more affordable.