Many marine biologists believe that Navy sonar tests, which blast ultra-high-intensity sound waves through the world’s oceans, are responsible for mass beachings of whales, dolphins and porpoises in the Gulf of Mexico and elsewhere. They theorize that the high-energy sound waves interfere with whales’ sonar-based communication and navigation systems, causing them to become disoriented, and that the sonar blasts ultimately may deafen or kill the whales. In this project–the only one of the bunch that was designed to benefit a nonhuman community–a school of “active noise reduction autonomous underwater vehicles (AUVs)” would be deployed by an unmanned aircraft in an area where the Navy’s low-frequency active sonar array is being tested (1). One AUV (not shown) would float on the surface, staying in contact with the drone and transmitting information to the other AUVs via an acoustical modem. Using that information, the swarm of AUVs below would locate a pod of whales and swim with them (2). When the first low-frequency sonar signal is detected, the AUVs would gather in a grid pattern between the whales and the signal origin and orient their undersides toward the incoming pulses. Transducers on the bottom of each AUV would emit a cancelation signal, blocking the whale pod from the sonar waves (3). In addition to buffering the whales from disruptive sonar, the AUVs would collect information on whale behavior and broadcast it to Navy and marine biologists. When the sonar test is finished, the AUVs would gather to be collected (4). 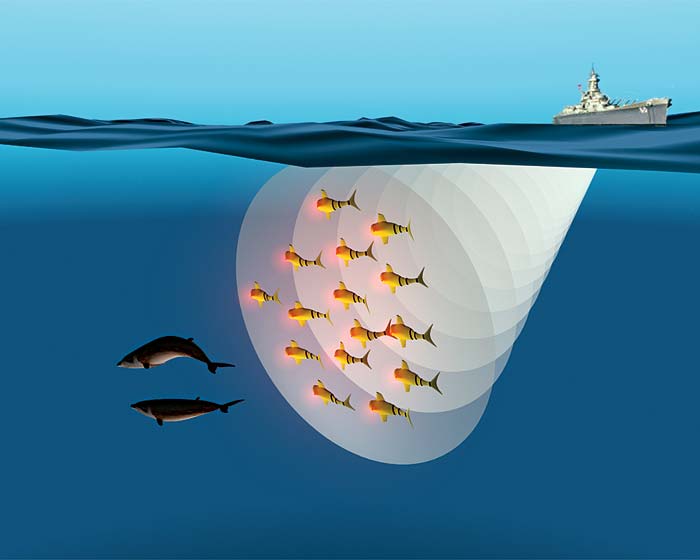 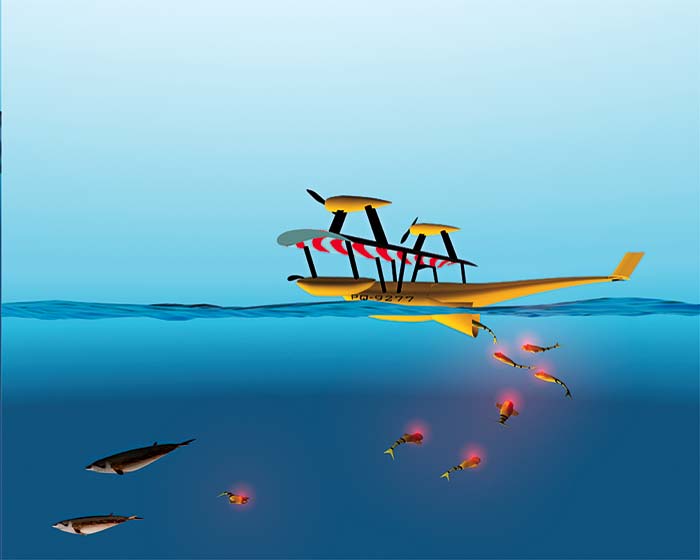 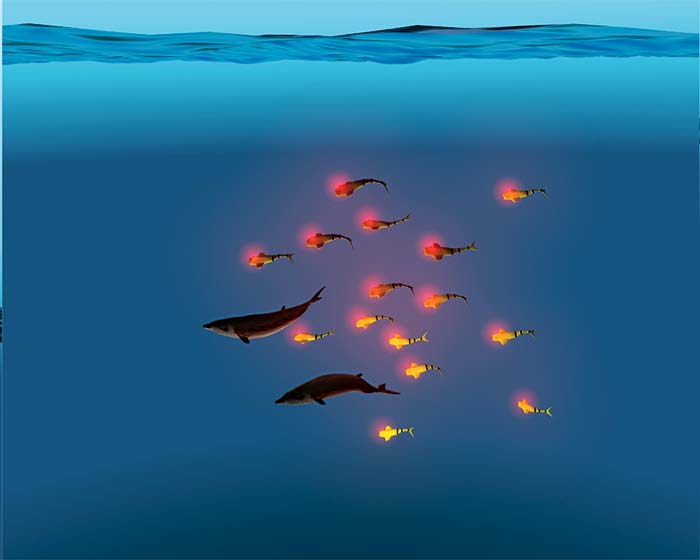 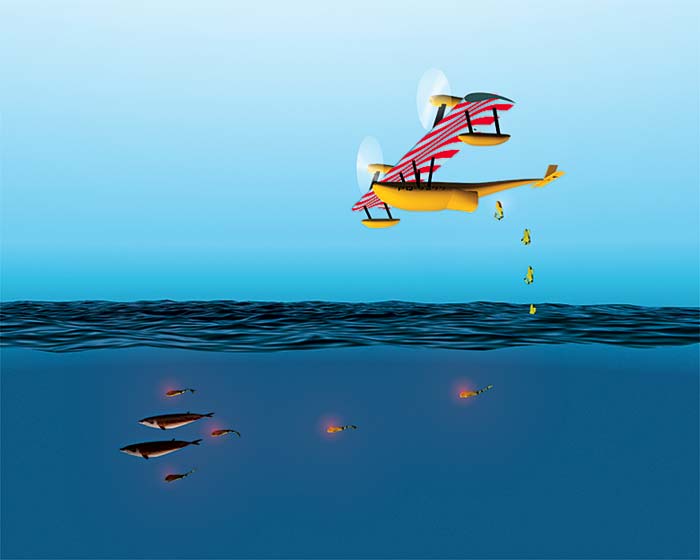