Tracking the most powerful blasts in the universe 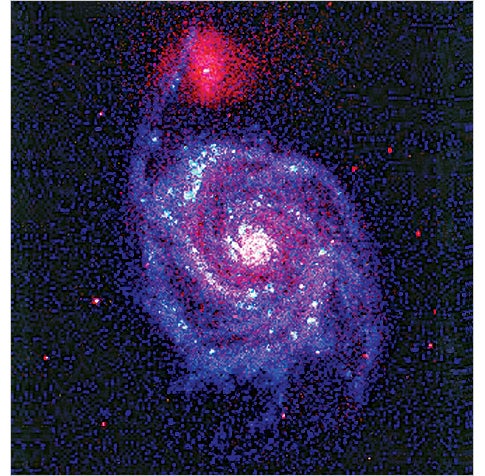 Swift is the first satellite explicitly designed to solve the mystery of gamma-ray bursts, the enigmatic explosions that have puzzled astronomers for decades. Practically every day, another burst randomly appears in the sky, flashing powerful gamma rays for anywhere from a fraction of a second to two minutes. Before the burst fades, Swift quickly locates it, rotates its telescopes and other satellites for observation, and relays the burst’s location to ground-based telescopes, which study it in detail. Since the satellite’s launch late last year, it has already discovered 80 bursts, one of which was the most distant explosion ever detected. In October, astronomers announced Swift’s greatest finding: Short gamma-ray bursts-those lasting less than two seconds-result from the collision of two neutron stars or of a neutron star and a black hole. The collisions create a new black hole.