4 Tools To Help You Zip Through Home Repairs

Get the job done faster 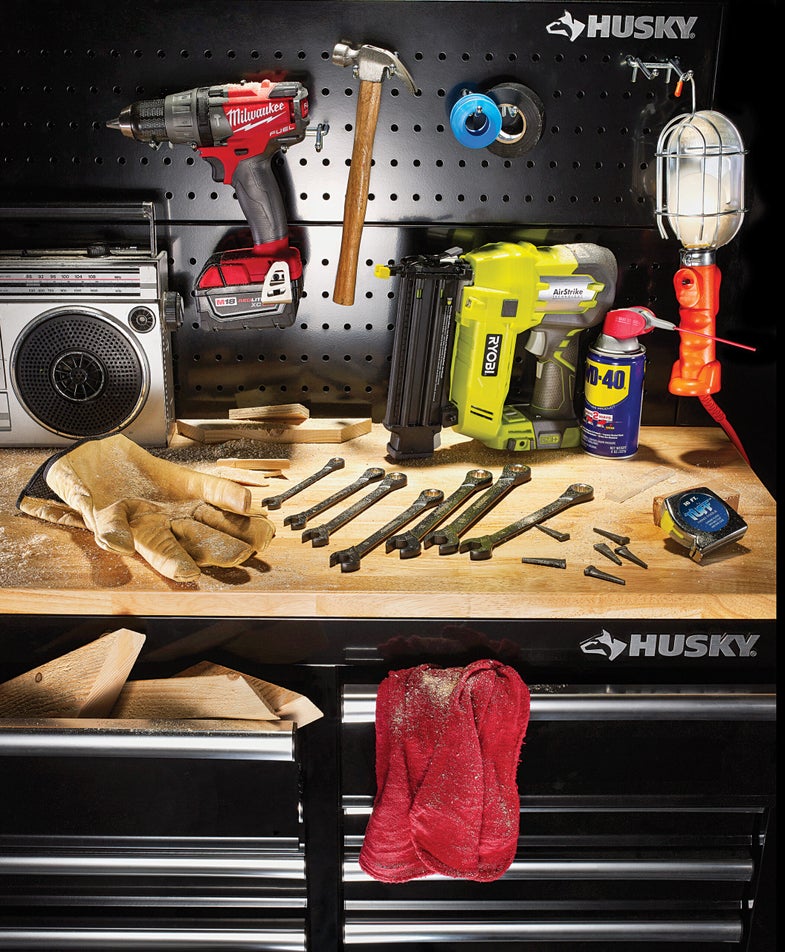 Having the right tool and finding it in a pinch is critical to home repair. With these three new devices—and a workbench to store them in—the molding will get hung in record time.

This air-powered, cordless 18-volt nail gun sinks fasteners up to 2 inches long. All that power without the awkwardness of an air compressor hose means there’s enough run time to drive 700 nails on a single charge—a room’s worth of base and crown molding. $130

The brushless motors in Milwaukee’s 18-volt drills were already efficient and powerful. But the newest drill more than doubles the torque—with 1,200 inch-pounds. It’s also a half-inch shorter and a half-pound lighter than the previous model. More power in a smaller package. $300

This combination wrench employs a ratchet at both ends—an innovative step for an open-end wrench. With its 100 locking positions, its especially useful for fastening or loosening bolts in tight spaces—like under a sink, where you might otherwise bust your knuckle. $40

This beefy 21-gauge workbench stores up to 1,000 pounds of tools. While the casters that help usher it around are nice, it’s the wide drawers, steel construction, and integrated pegboard that really seal the deal. Keeping tools at eye level just became really easy. $288

This article was originally published in the November 2015 issue of Popular Science, under the title “Zip Through Home Repairs.”