‘Legend of Zelda: Ocarina Of Time’ In Unreal Engine 4 Continues To Look Beautiful

Back at it again 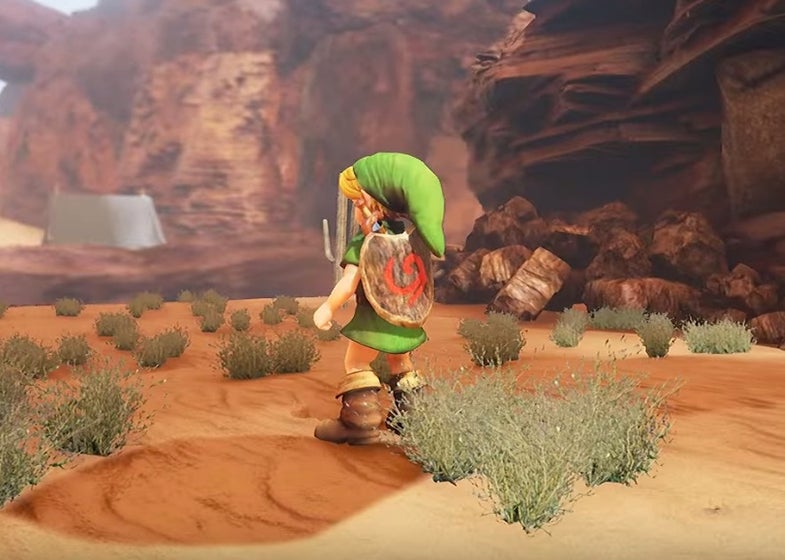 Link is back at it again in HD. This time in Gerudo Valley, looking crisper than ever. Youtube/CryZENx
SHARE

The Legend Of Zelda: Ocarina Of Time, originally made for the Nintendo 64, is hailed by many as one of the greatest games of all time. So it’s no wonder fans continue to want to remake portions of the iconic role-playing fantasy game using the glorious Unreal Engine 4, a powerful graphics modeling engine. Popular titles like Unreal Tournament, Gears Of War and more have already proven what the Unreal Engine can do (namely, creating photorealistic environments and immensely detailed, immersive experiences).

Nintendo has never been known for packing its consoles with copious amounts of horsepower — the visual graphics of its games make that clear. But Ocarina Of Time’s visuals, as reimagined anew by a fan with the help of the latest Unreal Engine, makes us hope that an official 4K Unreal Engine remake (or equivalent) makes its way to Nintendo’s upcoming NX console. We’ll keep our fingers crossed.

If you’re a fan of the Nintendo classic, check out what you’ve been missing all your life above.