Your Next Smartphone Could Be A Transformer

A device that shapeshifts to your needs 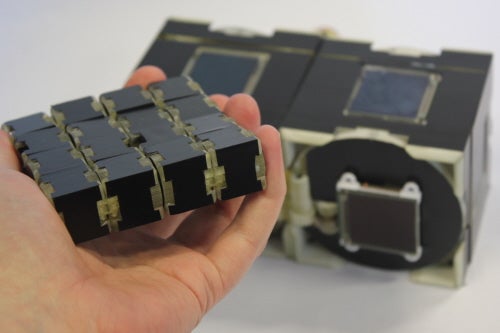 Right now we design apps around our smartphones. They need to fit in a certain screen size, react to touch, and follow a certain user interface. But a new prototype from the University of Bristol’s Interaction Group shows that we could instead change the shape of our smartphones to fit the needs of the app.

The Cubimorph is a bundle of touchscreen cubes, that can be folded into different arrangements based on the use of the device. It could resemble a controller while playing a game, but turn into a traditional phone for voice calls. Each corner of the device has a hinge, which can lock into place or swing to reconfigure the device.

The prototype is far from being consumer-ready, but it certainly doesn’t take any design cues from the iPhone.

The Bristol Interaction Group’s research will be presented at the 2016 International Conference on Robotics and Automation.