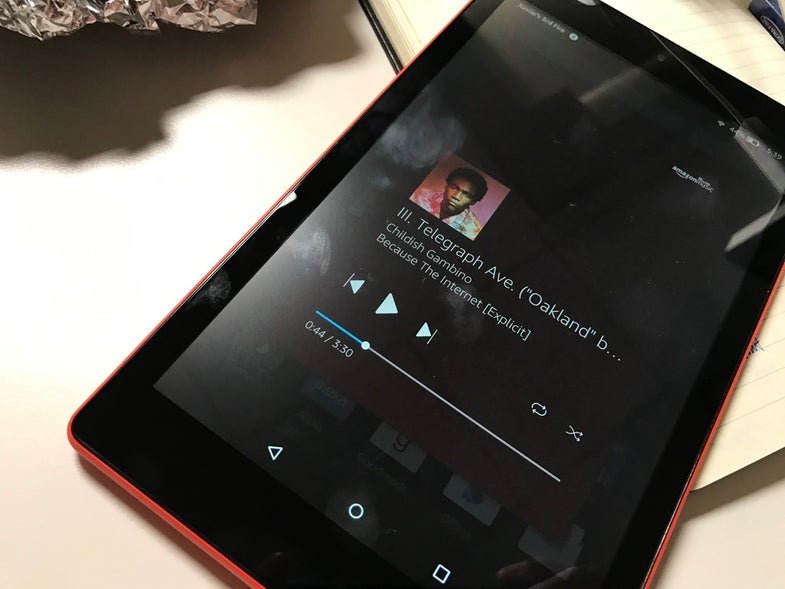 Unlike on the screenless Echo, the Fire tablet will offer visual info and controls to accompany your request. Xavier Harding
SHARE

The Amazon Echo has played Trojan horse for the giant online retailer, situating Amazon in a prime area of the home: the always-on virtual assistant. With the help of Alexa, Amazon’s version of Siri, the company is able to serve users the latest news, offer weather updates, play a song on Spotify, hail an Uber or more, all via voice. Amazon announced last month that Alexa would come to the Fire tablet. Today it finally arrives.

In an update, Amazon is releasing its Alexa virtual assistant to the Fire HD 8, meaning every owner of the tablet with an internet connection can grab the free update and make use of Alexa’s expansive list of skills. Unlike the Amazon Echo and Echo Dot, the tablet’s microphone will not always be listening for the trigger word “Alexa” or “Amazon”–a similar trade-off we’ve seen in Amazon’s bluetooth speaker, the Tap. If you’re privacy-conscious and worried an always-listening microphone could prove problematic, this could be the flavor of Alexa for you. 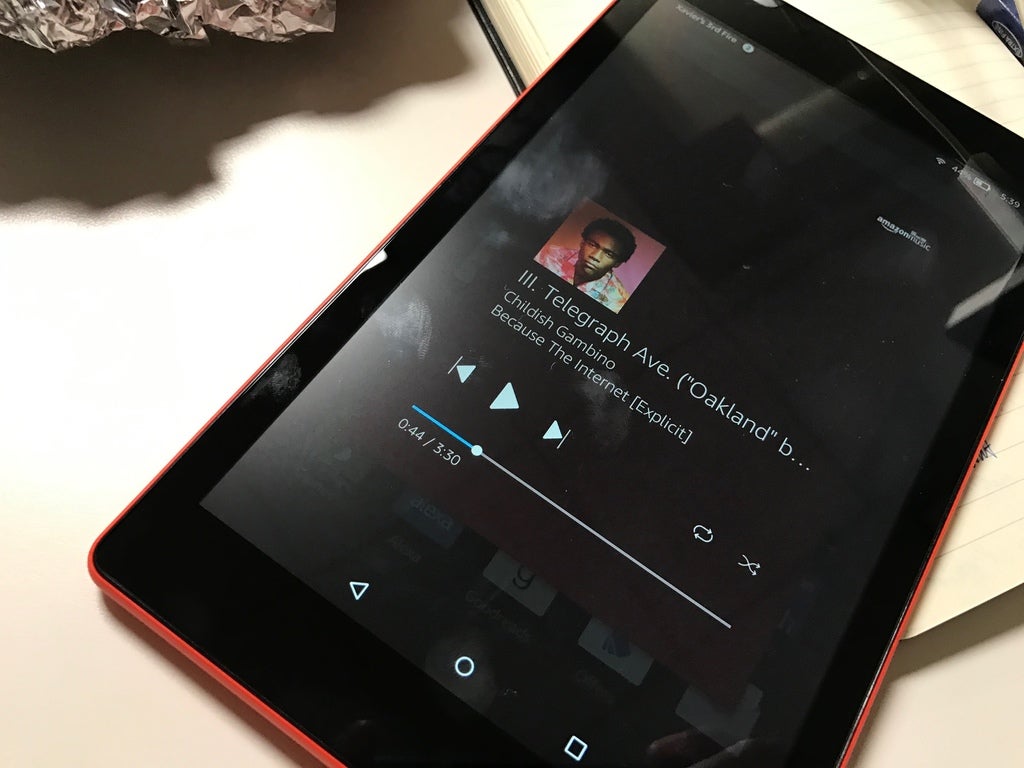 Unlike on the screenless Echo, the Fire tablet will offer visual info and controls to accompany your request

The Amazon Echo doesn’t have a screen, but because the Fire HD 8 tablet does it can show relevant information upon receiving a query. Ask Alexa to play a song on Spotify, for example, and options to pause, skip forward or skip back present themselves. Ask it for the scores from yesterday’s game and it will give you a detailed scorecard. Using an actual Echo device under the same Amazon account will still invoke the appearances of info cards on your tablet devices using the new update.

Amazon’s update comes at a time when Google is anxious to take over the virtual assistant space. Along with the Google Pixel phone, which offers the aptly named Assistant built right in, the upcoming Google Home is set to release in early November. Considering all Android devices, tablets and phones come with Google’s voice services by default, getting Alexa onto the Fire tablets keeps Amazon competitive. For now, Amazon’s Echo still remains the always-listening virtual assistant to beat, but Google may have something to say about that when Home comes on November 4.