You Can Now Sign Up For Amazon’s Streaming Service For $8.99 A Month 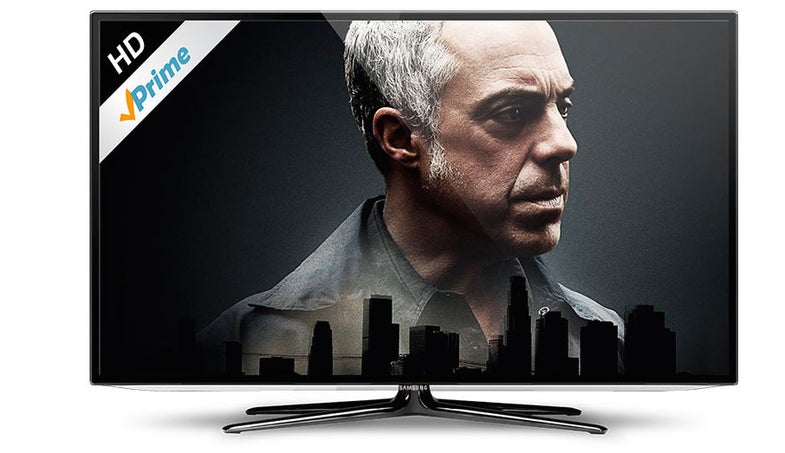 One of several original series offered by the e-commerce giant. Amazon
SHARE

In a bid to challenge Netflix directly, Amazon has now begun allowing people in the U.S. to subscribe separately to Amazon Prime Video*, the company’s streaming service for movies and TV, for just $8.99 a month. Previously, if you wanted Amazon Prime Video, you had to purchase a full Amazon Prime subscription ($99 a year), which also includes free shipping for goods purchased on Amazon.com. You can now also subscribe to the full free-shipping/video Prime combo plan for $10.99 a month as well. All three options are all available if you click the button “see more plans” on this page. 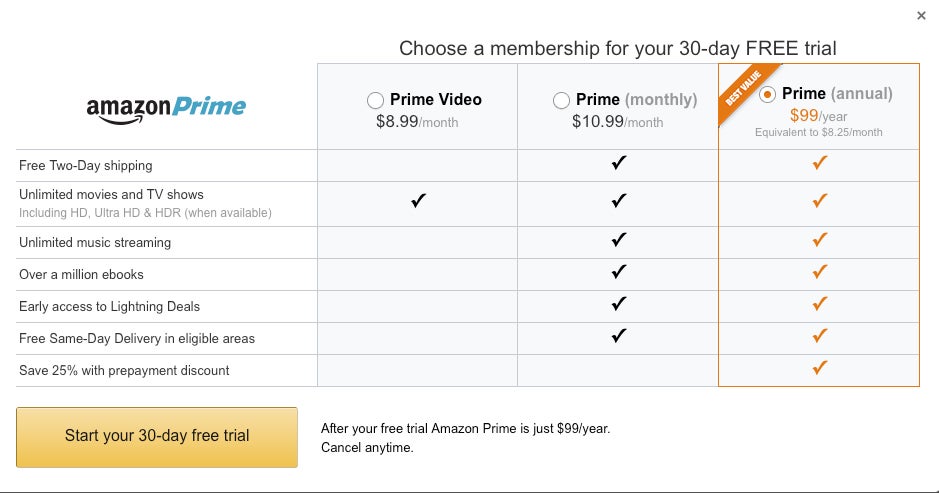 As Engadget notes, this comes years after Amazon first quietly tested, then discontinued, a $7.99 montly subscription for Prime back in 2012. The move also comes as Netflix is set to begin hiking its monthly streaming subscription bill next month, from $8.99 to $9.99 for longtime customers.

Both Amazon and Netflix offer lots of mainstream movies and TV shows, as well as growing libraries of exclusive original programming. But right now, Netflix has more of the latter. Let the streaming wars commence!