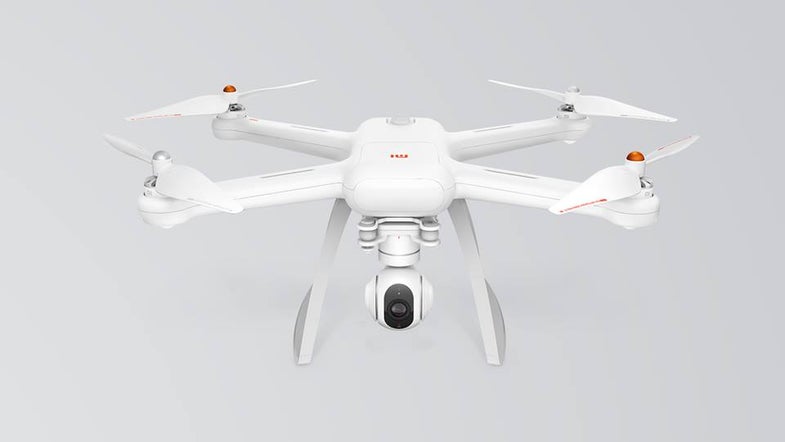 What a consumer drone sells is a new perspective, a better grasp of where one is. A drone is an eyeball, flung into the sky overhead. That’s true with all drones, and is the explicit selling point of Xiaomi’s Mi Drone, unveiled today.

The drone is currently crowdfunding, with plans for two versions: one with a 1080 camera for $380, and a 4K one for $460. That’s less than half the price of drones with similar-quality cameras from rival dronemakers like DJI. This is Xiaomi’s first drone, but the company is an electronics giant, so it’s not impossible that they’ll be able to deliver on a promise like this.

The Mi drone should last for about 27 minutes on a single battery charge, can use GPS or Russia’s GPS equivalent GLONASS, and promises some basic flight modes. It’s still too early to really make any assessment of the drone, especially since it hasn’t cleared the funding stage, but the entry of a new quadcopter from a major player into a saturated market is worth noticing. Even if we don’t have an overhead view of what it all means, yet.