Would You Let This Ant Bite You? 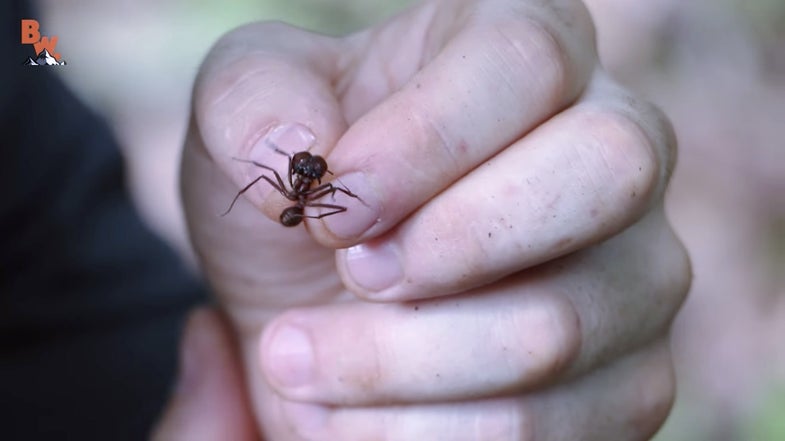 Coyote Peterson is making a name for himself as the guy who will let things bite him for your education and entertainment. We’ve seen him take on snapping turtles and all sorts of animals for his Brave Wilderness channel.

The leaf cutter ant may not be the scariest bug in the world–or even the scariest ant–but watching its “little” jaws cut through skin effortlessly makes it pretty clear how half a dozen of these could make short work of a predator. Coyote lets one bit him for 60 seconds and the result is a pretty thorough laceration of the finger he dropped it on.

They’re a Central and North American species, so I guess it’s possible we’d come across them, get curious, and hold out or hands for them to latch onto. Thanks for the lesson, Coyote. We’ll be sure to steer clear of them.