Surf's up for renewable energy 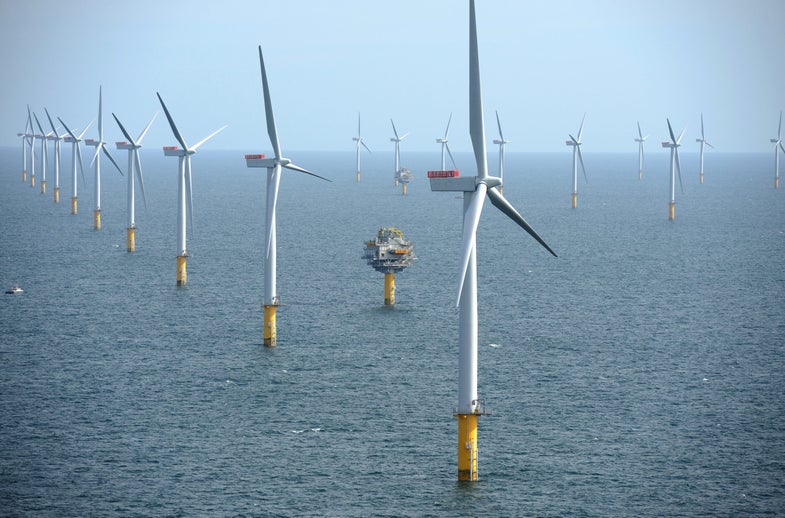 When crews begin installing high-voltage cables on Cape Cod, Massachusetts, this year, they’ll be laying the foundation for a new era in renewable energy. The power lines will carry electricity from the nation’s first offshore wind farm, Cape Wind. Starting in late 2016, its 130 massive turbines will provide a quarter-million New England residents with 75 percent of their electricity—saving them a projected $7.2 billion over 25 years.

U.S. wind farms currently produce up to 61 gigawatts, but most are located in the center of the country, far from the densely populated coasts. By 2020, proposed off­shore projects from Maine to Texas could generate another three gigawatts, says energy consultant Bruce Hamilton—enough to power more than two million homes. The U.S. is a full decade behind the United Kingdom and countries like Denmark in terms of offshore wind development, but that may be about to change, Hamilton says. “Cape Wind’s success will be a signal to the energy industry: Offshore wind has arrived.”