Will The Public Accept Delaying Prescriptions To Save Antibiotics?

A new study suggests the practice may be sound but needs acceptance. 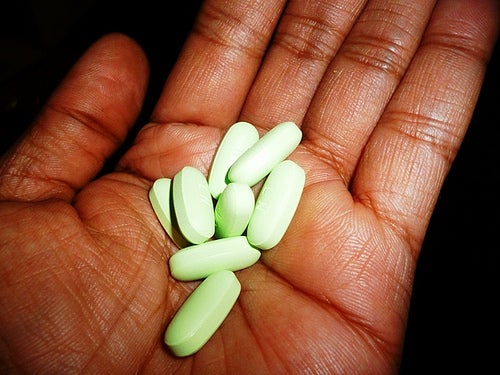 It’s become abundantly clear antibiotics are becoming less effective in medical practice. Resistance has spread around the world and we continue to find new mechanisms by which bacteria can tolerate these once go-to drugs. In the meantime, hundreds of thousands of people are left vulnerable to untreatable infections and many of them succumb to the infection.

Controlling antimicrobial resistance requires a combination of two factors. The first is to develop newer pharmaceutical options, such as novel antibiotics or other natural means, including viruses and antimicrobial peptides. The other is to reduce the current use of antibiotics in both agriculture and medicine. The first will take years if not decades to materialize while the second can be instituted immediately. Unfortunately, reducing use is not popular among those who prescribe and use these drugs.

A prime example of this dilemma was unveiled last month by a British team of researchers. They examined the public perception to one route of antimicrobial stewardship – delaying antibiotic prescriptions – and found not surprisingly a variety of perspectives and opinions. What made this study even more important, however, is how a proven practice may not always gain the acceptance it deserves.

Delaying antibiotic use is rather self-explanatory. Instead of immediately processing a prescription, a physician waits to see if the patient recovers on one’s own or if the suspected infection worsens. This practice obviously contradicts the conceit behind the traditional use for antibiotics. After all, they are supposed to keep us from having to go through the worst an infection has to offer. Waiting simply will make the situation worse.

But, the data tells a different story. In infections of the urinary tract, the eye, and the respiratory tract, delaying antibiotic use turns out to be just as effective if not better than an immediate prescription. For those who have strong immunity, reliance on the body’s capacity is an excellent strategy. Granted, these people suffer a little longer – usually a day or two – but they eventually recovered with less antibiotic use.

The positive results from clinical trials should mean wide acceptance both in the medical community and the public. But this is merely a theory. For the researchers, the best way to gauge public perception is not only to hypothesize, but also, to ask.

The group interviewed 1625 members of the public in their home. The format was based their work on two previous studies looking at public perception of antibiotics to treat pandemic influenza and other respiratory tract infections. The questions were wrapped into a larger set of questions regarding antibiotic use in general. This helped to reduce any subjective bias. Once the survey was complete, the team took the answers back to the lab and examined the results.

The first and perhaps most prevalent finding was the lack of knowledge about the practice of delaying. Only 17% actually knew what this meant with another 11% admitting they had some knowledge but were not entirely clear on the practice. On the other hand, 72% had never even heard of the strategy. Considering the use of delayed prescriptions had been around for close to a decade, this was rather disheartening.

But the news wasn’t entirely bad. Once the interviewees were provided information on delayed antibiotics, quite a few warmed up to it, between 36 and 40% depending on the type of infection. On the other hand, only about 28-30% was opposed to it. This suggested a lack of knowledge did not equate to a lack of interest.

The overall results suggest there may be a future for delaying antibiotics in order to help prevent antibiotic resistance yet awareness is a critical factor. More people need to know about this practice and how it may help delay the post-antibiotic era. Considering the relatively high approval rate, this may inevitably help to reduce antibiotic use in general.

On the other hand, this study reveals the continuing trouble many doctors face on a daily basis. Those who opposed the concept would presumably be the same individuals demanding a prescription upon seeing a physician. In this study, nearly one-third of the respondents, the pressures on doctors could be immense leading to a subjective decision rather than an objective one.

However, the effect of delaying or simply avoiding antibiotics may turn out to be minimal. In a study released this week, a reduction of 25% in antibiotic prescriptions only led to a 0.5-1.0% reduction in patient satisfaction. Considering the price of the post-antibiotic era, in which satisfaction would plummet due to a lack of treatment options, this hit to a doctor’s reputation may inevitably prove to be the lesser of two evils,