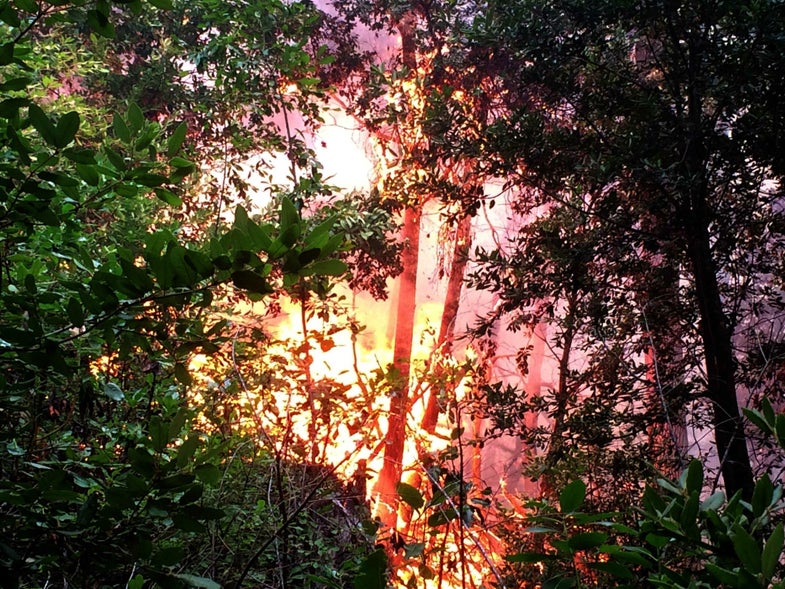 The River Complex Fire in the Shasta-Trinity National Forest in California began on Jul. 30, 2015 and has consumed an estimated 21,072 acres. The fire was caused by lightning. USFS photo. U.S. Forest Service
SHARE

Wildfires are having an epic year in North America, and it looks like one form of life is taking advantage of the fire bonanza. Plants aren’t typically known for their movement (unless it’s kudzu — kudzu is a speed demon) or for being particularly fond of fire, but several species are turning that conventional wisdom on its head.

In a study published in the Journal of Ecology researchers found that plants normally accustomed to dry, southern climates are heading north into traditionally cooler, wetter, regions. The opportunistic plants are taking advantage of a new hole in the ecosystem opened up after wildfires have raged through the more northerly areas.

The change in some northern California forests is stark, particularly on the forest floor. “The plants we’re finding underneath our forests are becoming more like those seen in Mexico and Southern California,” lead author Jens Stevens said in a press release.

But the new neighbors aren’t necessarily bad. Some of the northern species still survive in patches of forest that escaped the ravages of fire. And in those cases, Stevens and his co-authors found that the northern and southern species were coexisting peaceably.

Diversity is important because it can increase an ecosystem’s resilience in the face of disasters like future forest fires, and studies suggest that plant diversity can even make forests produce more vegetation.