The land of ice, snow, and fire 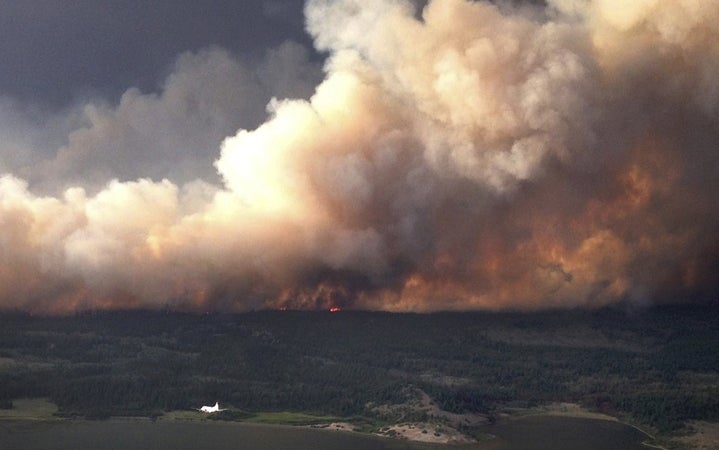 Usually the northern portion of North America is thought of as a cold, rainy, snowy tundra of a place. but lately, thing s up north have been getting uncomfortably hot. Right now, firefighters in Alaska, Washington, and Canada are fighting huge wildfires raging across the continent.

So far, over 11 million acres have burned in Canada and Alaska, and those numbers are still going up. As Chris Mooney notes at the Washington Post that’s three times larger than Connecticut.

Thousands of people were evacuated from their homes in Saskatchewan, and smoke from the fires spread south into the United States, where it could be seen across the country from Colorado to Boston, producing some of those beautiful sunsets you might have noticed last week. The plumes of smoke from the fires are easily visible from space.

The Canadian province of British Columbia has already spent over 100 million Canadian dollars ($78 million US) fighting the fires, and it’s only July. International teams of firefighters are coming into the country to help battle the blaze.

There are plenty of reasons that this year’s fire season is burning so brightly. Temperatures have been unusually high in some areas, and in the Western area of the continent, the ongoing drought certainly isn’t helping matters.

In Washington, so little rain has fallen, that even a rainforest is on fire. The fires haven’t broken any records yet. The worst year for wildfires in Alaska remains 2004 but 2015 is catching up fast.