Metal Flowers, A New Wolf, And Other Amazing Images Of The Week

Plus, a few planets 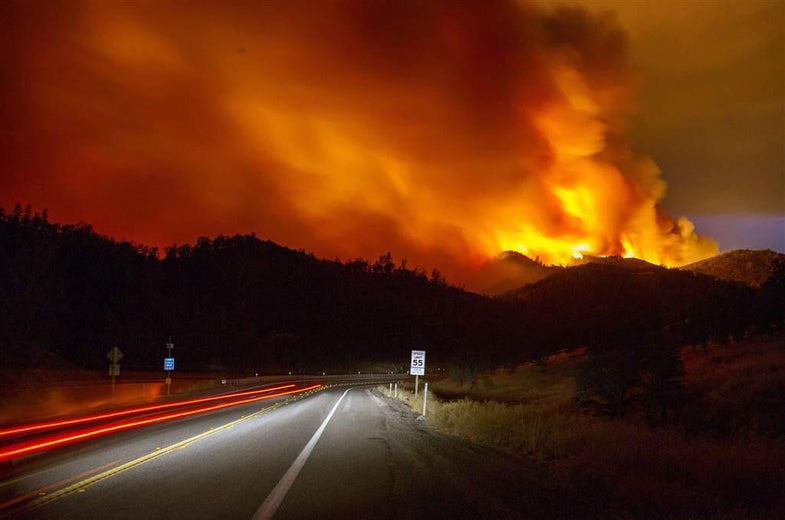 Wildfires raged in the West this year as California experienced its fourth year of drought. This photo of the Rocky Fire near Clearlake, California, shows one of the largest fires that burned in the state, covering more than 69,000 acres. The majority of the wildfires in the Western U.S. are in California, Oregon, and Washington, but active fires were also reported in Arizona, Colorado, and Idaho, according to the National Interagency Fire Center. Patricia Britton via Twitter
SHARE 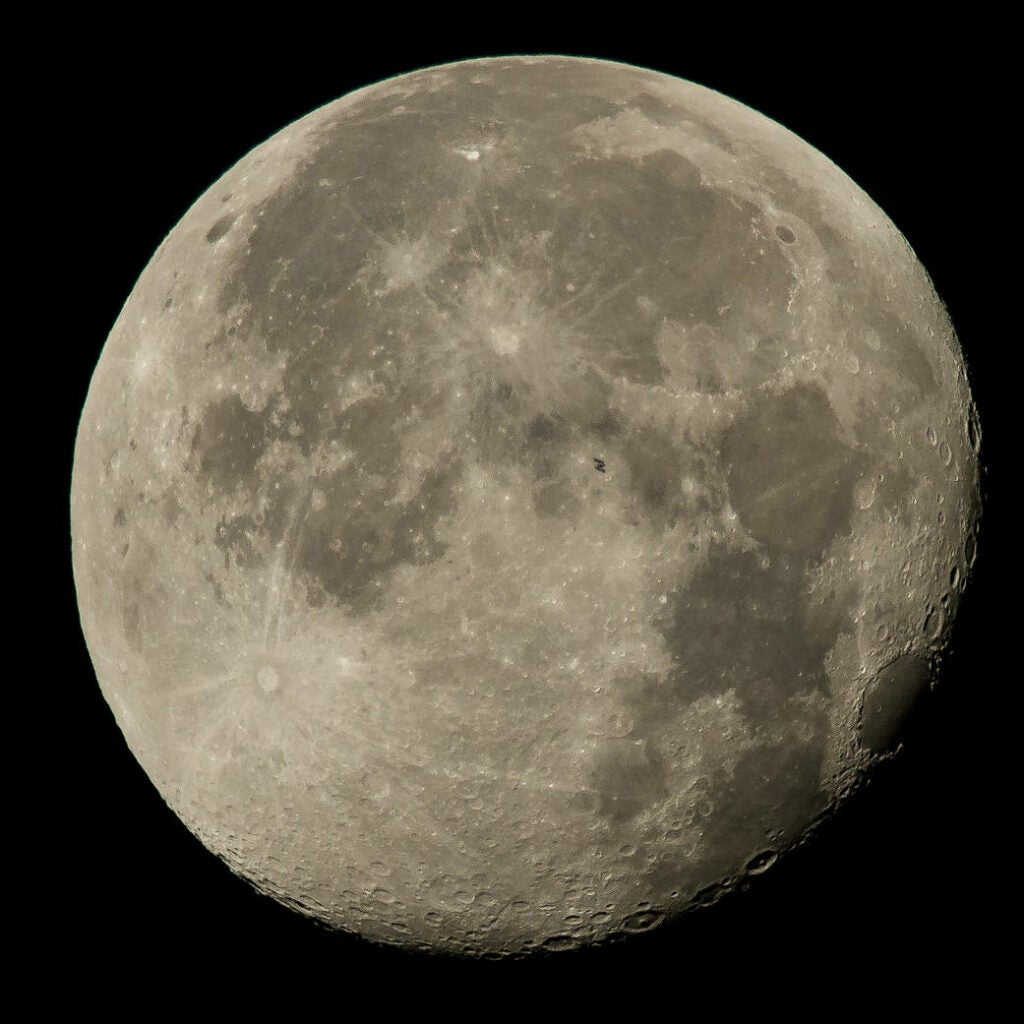 The ISS Crosses The Moon

Not only was last Friday’s full moon a blue one, but the International Space Station passed by it on Sunday, too. You can barely make out the outline of the ISS in the middle of this image. The ISS travels at 5 miles per second, so it was only in front of the moon for a mere .82 seconds, according to Space.com. It looks small here, but there are currently six astronauts onboard the ISS. 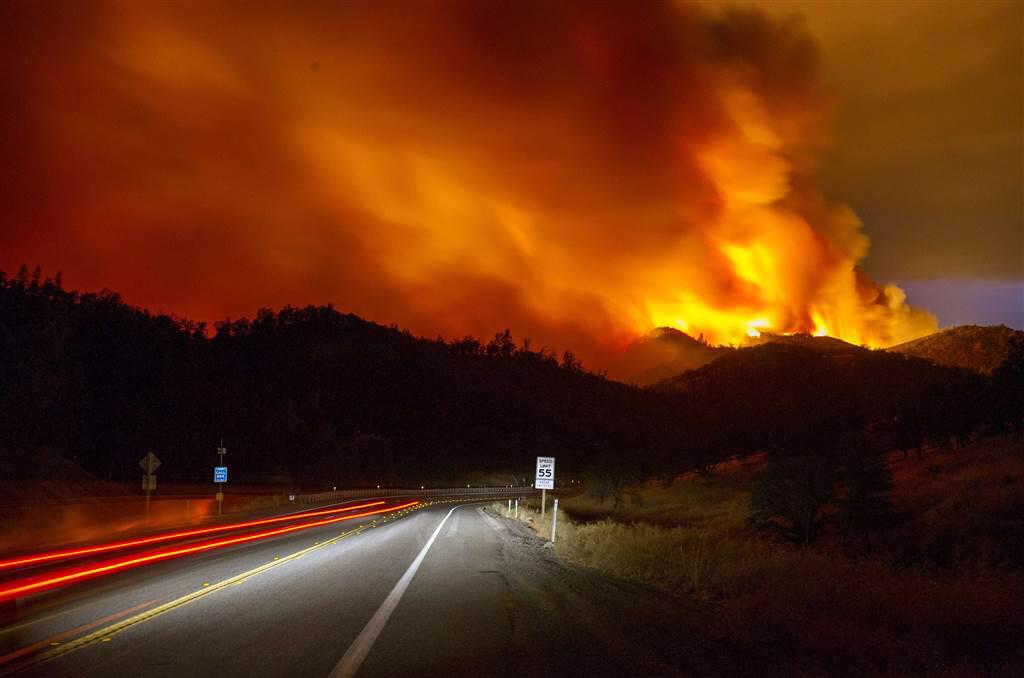 Wildfires Rage Across the West

Wildfires raged in the West this year as California experienced its fourth year of drought. This photo of the Rocky Fire near Clearlake, California, shows one of the largest fires that burned in the state, covering more than 69,000 acres. The majority of the wildfires in the Western U.S. are in California, Oregon, and Washington, but active fires were also reported in Arizona, Colorado, and Idaho, according to the National Interagency Fire Center. 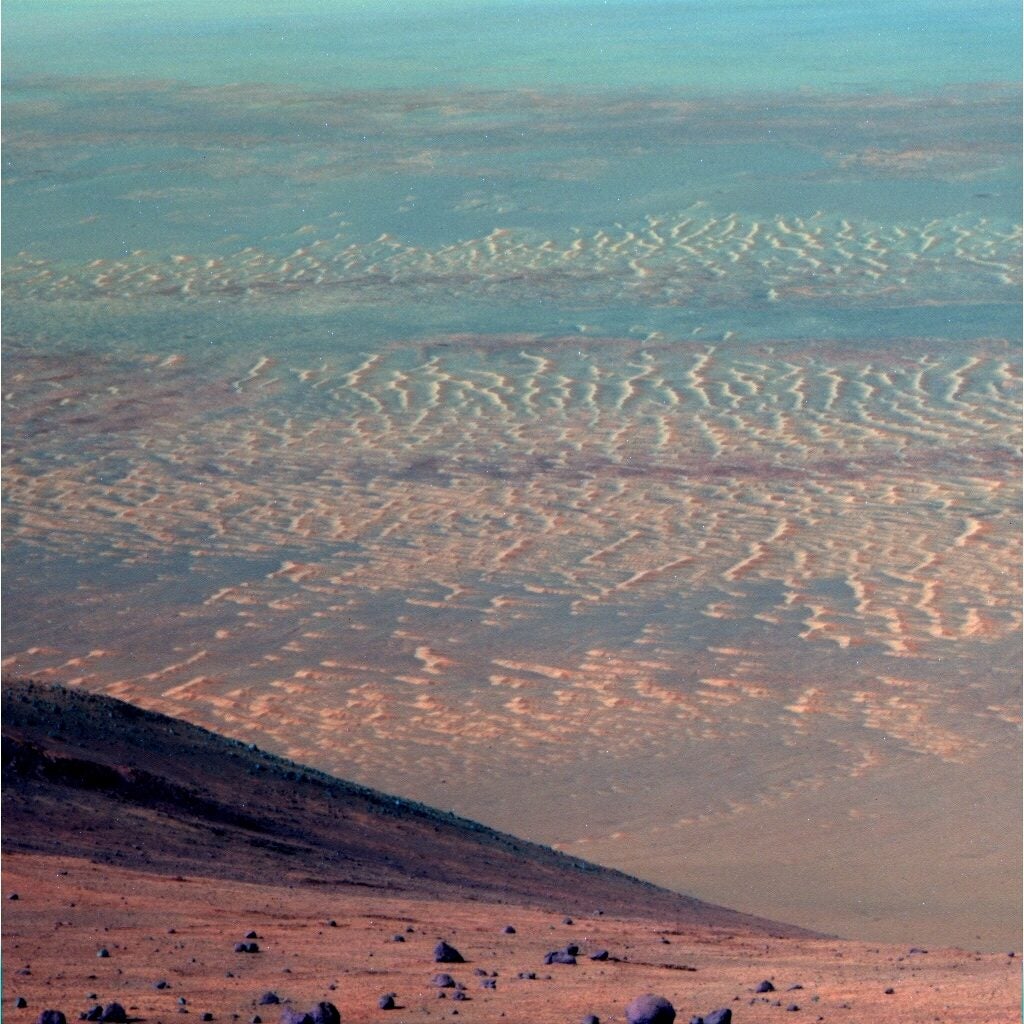 The Mars rover Opportunity is now in Marathon Valley, the location scientists think could have the best opportunity for finding past water. Opportunity, the little-rover-that-could, has been on the Red Planet since 2004 and is now 42 times past its design limit, according to the Planetary Society. 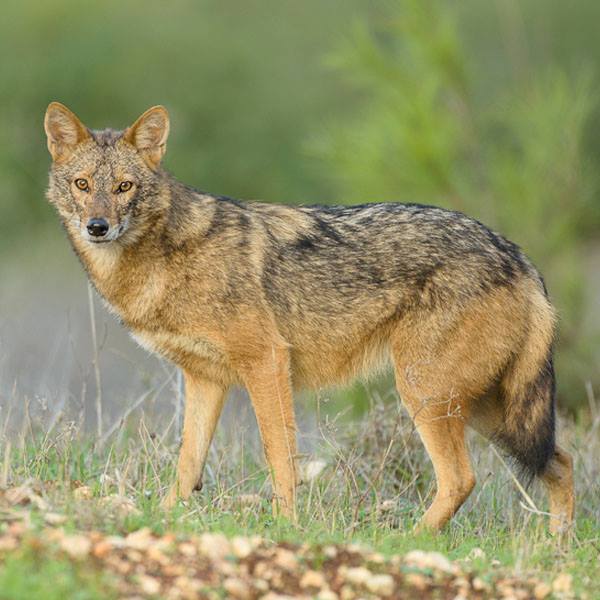 The first new African canid species in 150 years was discovered this week, as reported in a Current Biology study. Golden jackals, found in Africa and Eurasia, used to be considered one species, but genetic analysis has revealed that the African jackals are more closely related to gray wolves. The study authors thus proposed they be renamed as the African Golden Wolf, its own species. Welcome to the canid family, African Golden Wolves! A wet summer, warm temperatures and fertilizer runoff combined in a perfect storm that has erupted an algal bloom in Lake Erie, which rivals the worst one ever recorded in 2011. Algae fed off the phosphorous and nitrogen in fertilizer runoff from farms in Ohio and Indiana, and exploded in numbers once they reached the lake. Algal blooms can deprive waterways of oxygen, killing the fish and marine life. They can also be harmful to pets, impede recreation, and sometimes render the drinking water unsafe. Luckily, the water in Toledo, Ohio today is still safe for drinking. 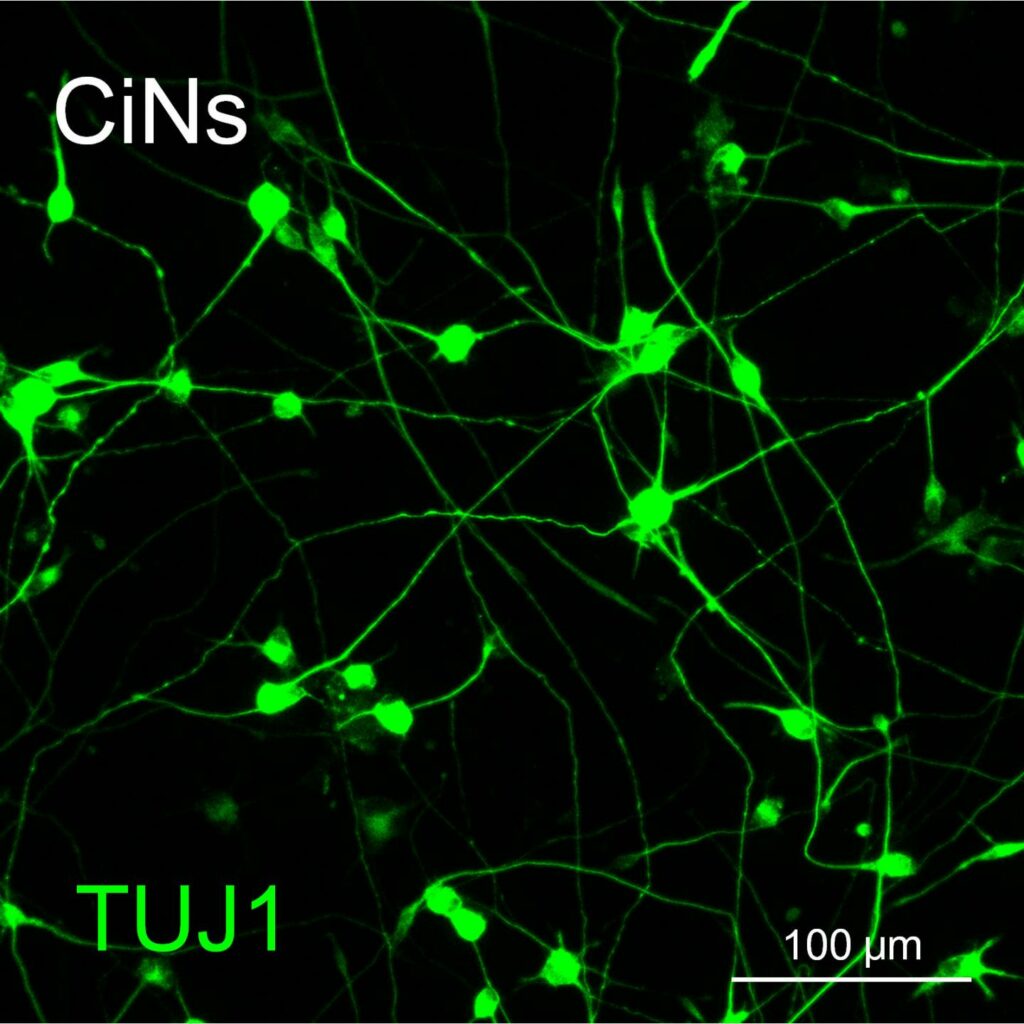 Researchers, in two separate Cell Stem Cell studies this week, turned skin cells into neurons – in humans and in mice. They only used chemicals to accomplish this, which is safer and easier than using the previous method of transcription factors to make the transformation. This image shows the reprogrammed mouse neurons in green. Both studies could help scientists understand how neurons are programmed, The Scientist reported. 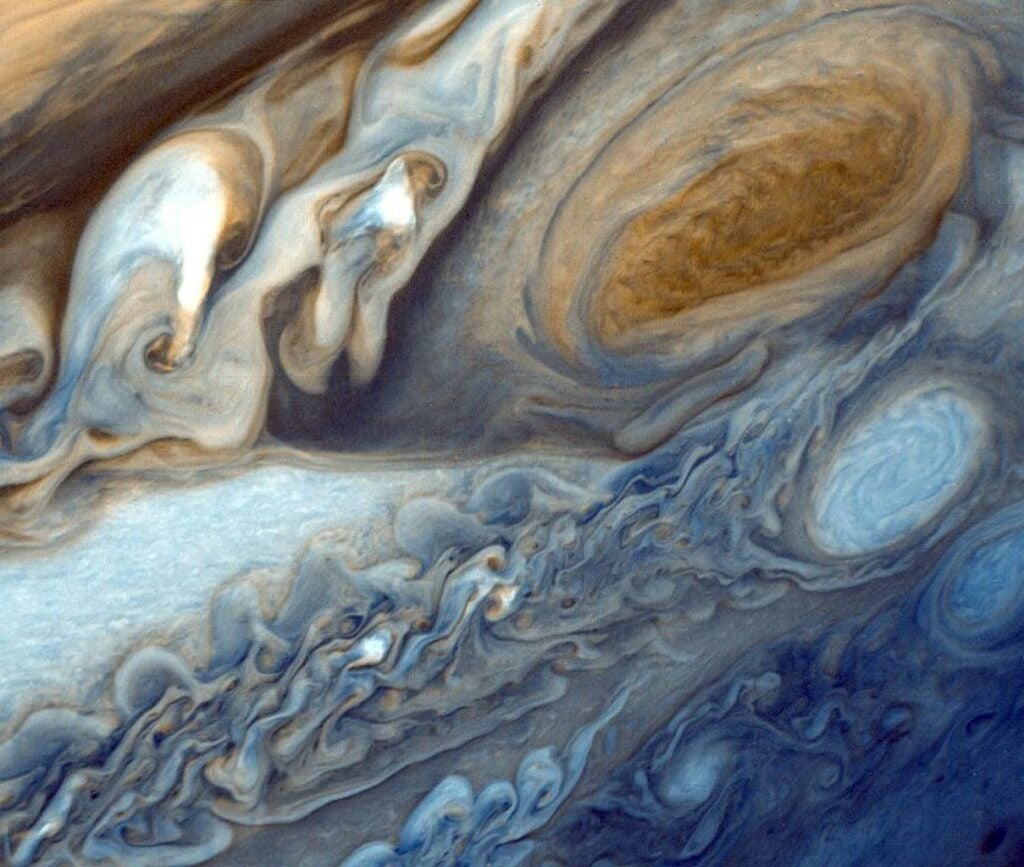 The Great Red Spot, a storm that’s twice as wide as the Earth itself, has been waging in Jupiter’s skies for at least the past 150 years (that’s how long we’ve recorded it). Its winds can reach more than 400 mph, dwarfing Earth’s strongest recorded hurricane at half that speed. Images like this one could help scientists understand more about weather on Jupiter and here on Earth. But they still don’t understand what in Jupiter’s atmosphere makes the spot red. The color could have something to do with ammonium hydrosulfide, but that’s tough to study since the chemical is unstable on Earth. For now, it’s a beautiful mystery. 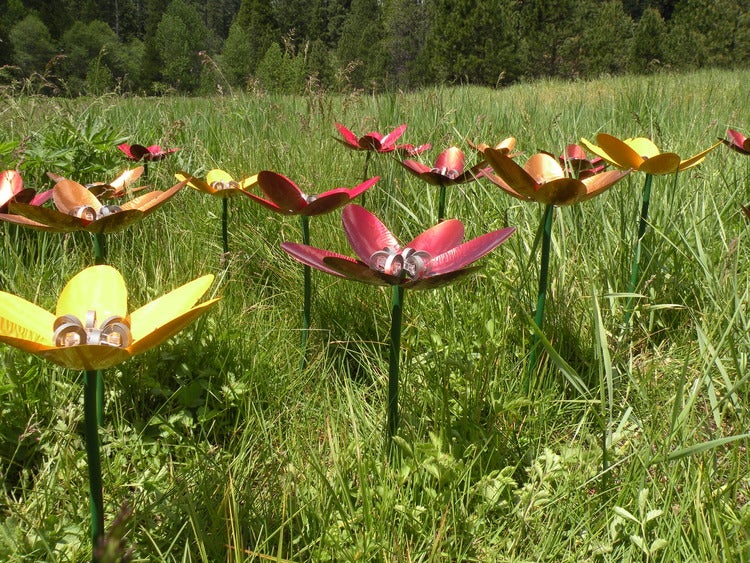 These metal flowers open and close based on the temperature around them, in a process known as thermal expansion. A bimetal coil expands when it’s hot and contracts when it’s cold, allowing the flowers to act like their natural counterparts without electricity. Creator and Aerospace Engineer Greg Mathy from Bimetal Creations has a Kickstarter campaign for the flowers, which ends Wed. Aug. 12 and has raised more than $17,000. Four flower types are available now – Henrietta, Ruth, Ethel and Mabel. The flowers could make a drought-resistant garden, or be a welcome option for those without green thumbs. 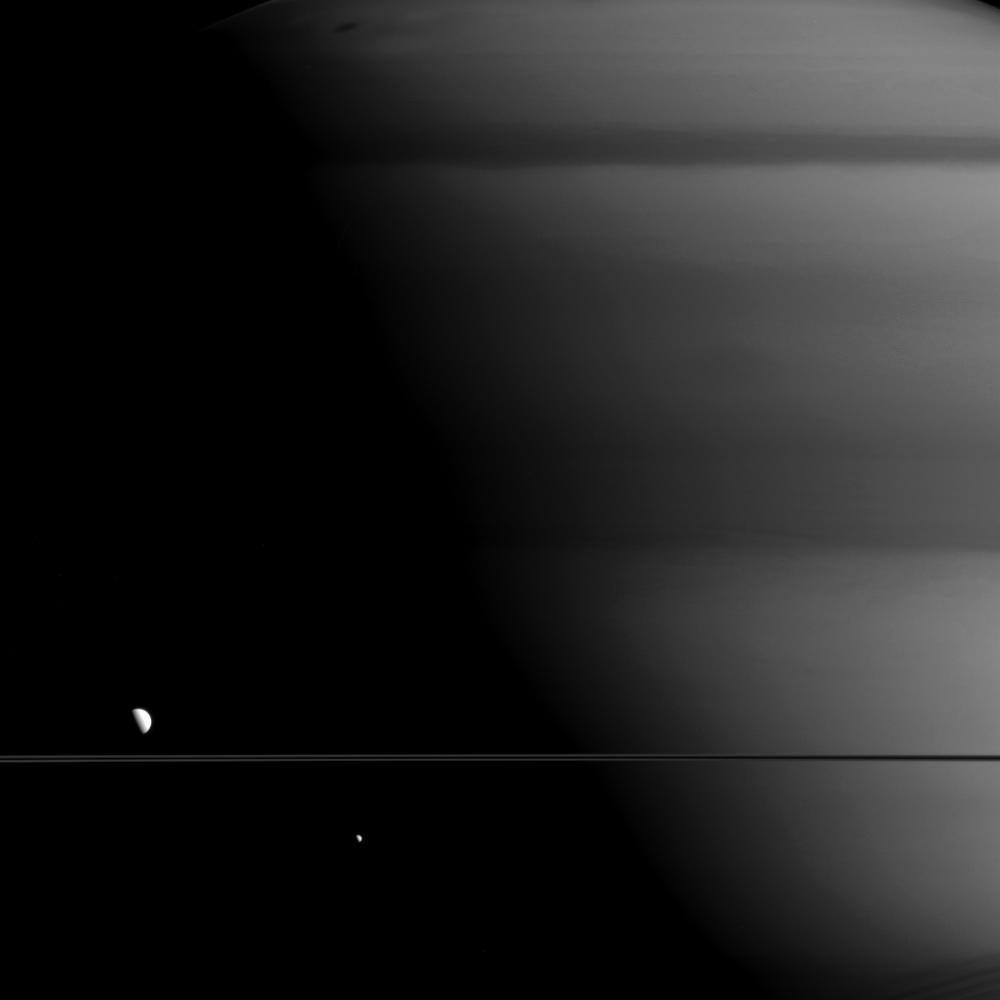 Saturn is seriously humongous. Its moons Mimas (right) and Dione (left) are tiny compared to Saturn, which looms in the background of this picture. For comparison, Dione is about the width of Texas. The spacecraft Cassini snapped this photo at a distance of 634,000 miles from Saturn back in May, but NASA just released it on Monday. Cassini left Earth in 1997 and has been surveying Saturn since 2004. 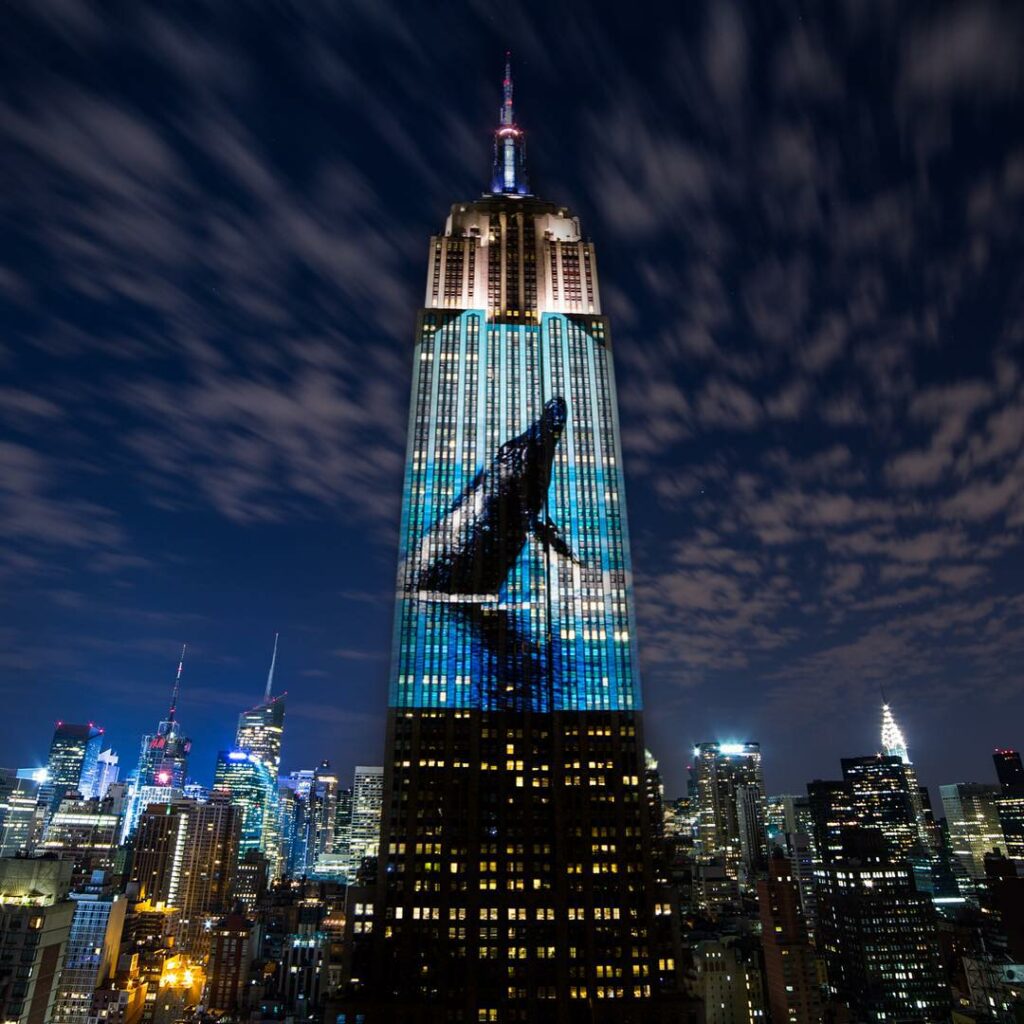 Cheetahs, blue whales, eagles, monkeys, leopards, wolves, and manta rays pranced, swam and leapt across the Empire State Building on Saturday. Endangered species were projected onto the iconic skyscraper to raise awareness of animals in peril, and to promote the new documentary Racing Extinction that premieres on The Discovery Channel in December.
algae
algal blooms
empire state building
flowers
IOTW