Why Is A Gorilla Aboard The Space Station?

Above the planet of the apes 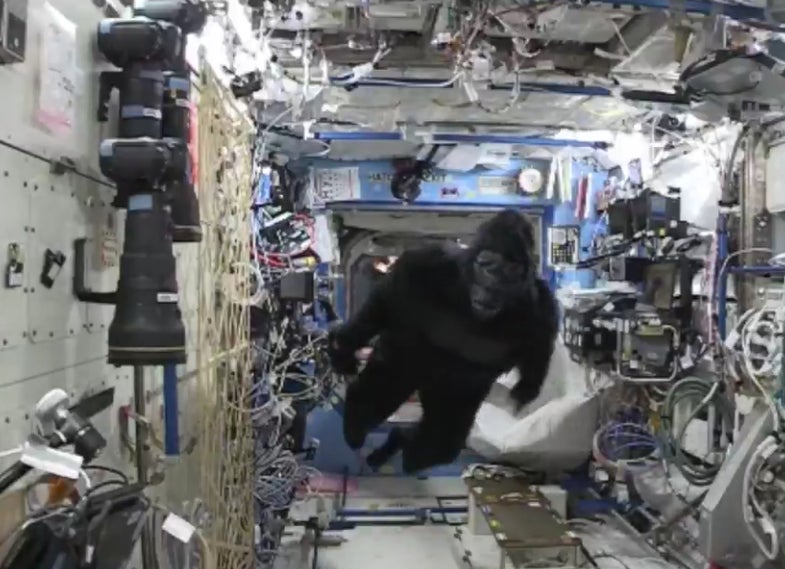 A gorilla got loose on the International Space Station, escaping from its containment unit and chasing after astronaut Tim Peake. At least, that’s what it looks like.

Mark Kelly couldn’t resist ribbing his twin brother, who is about to complete his year-long stay on the International Space Station. Tech Insider reports that the gorilla suit was a gift from Mark to Scott, part of a care package sent to the space station during one of the re-supply missions to the space station.