A Whole Mammoth Skull Was Unearthed In California

The puzzling fossil is intermediate in size between two species 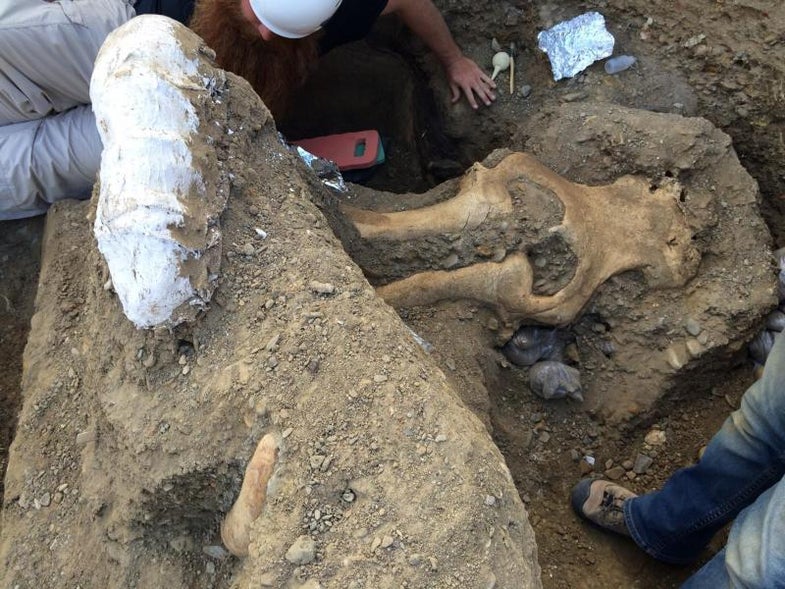 A complete mammoth skull has been excavated from a stream bank on Santa Rosa Island, California, the National Park Service announced Wednesday.

“It appears to have been on the Channel Islands at the nearly same time as humans,” paleontologist Justin Wilkins said in a statement. The U.S. Geological Survey has dated charcoal samples found near the fossil to 13,000 years–the same age as Arlington Springs Man, the oldest human remains found in North America (and fellow tenant of Santa Rosa Island, which is located within Channel Islands National Park).

The scientists expect to shed some light on exactly when the mammoth died and which species it belonged to by studying its fossilized teeth.